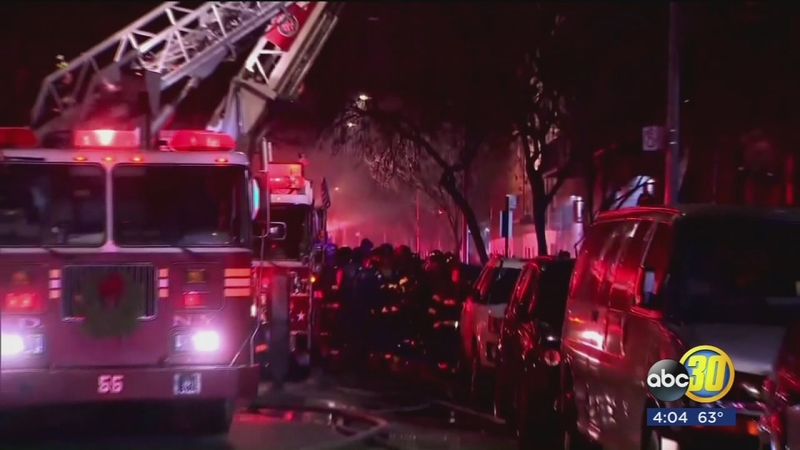 FDNY Commissioner Daniel Nigro said the fire started in the kitchen of a first-floor apartment as a 3-year-old boy was playing with the burners.

It's the worst fire tragedy in NYC in at least a quarter of a century. The victims killed were seven adults and five children -- ranging in age from 1 to 63. Four people remain in critical condition. All people in the building have been accounted for, FDNY officials said.

The 5-alarm fire broke out just before 7 p.m. on Prospect Avenue near East 187 Street. FDNY firefighters arrived at the scene within three minutes.


The fire was brought under control just after 9 p.m. ET. The scene is described as having a very heavy smoke condition. The victims perished on every floor of the building.

Investigators initially pointed to a natural gas line as possibly fueling the fire and causing it to spread quickly, but officials with Con Edison said there is no indication natural gas was involved in the fire.

More than 170 firefighters responded to the scene.

"In a department that's certainly no stranger to tragedy we're shocked by this loss," FDNY Commissioner Daniel Nigro said.

The Office of Emergency Management and the MTA sent buses to the location to accommodate residents that have been evacuated from the building.

"Based on the information we have now, this will rank as one of the worst losses of life to a fire in many, many years," Mayor de Blasio said during a press conference at the scene.