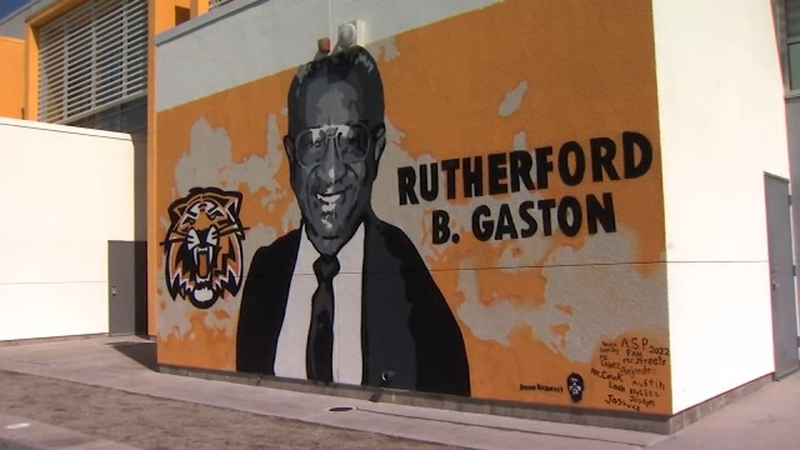 FRESNO, Calif. (KFSN) -- Smiles and applause welcomed a new piece of artwork at Gaston Middle School that will forever remind students of one of the community's true trailblazers.

"He opened the door for people of color to have a really important role in leading the charge for kids, which is a crucially important thing," says Fresno Unified Superintendent Bob Nelson. "Our kids need to see people in positions of leadership that look and come from the same neighborhood that they come from."

The school opened in 2014, two years after his passing.

"This was part of a program throughout the school and with the students too, so everyone was involved in this mural," Esquivel said.

Administrators say the mural is part of the district's effort to help students understand who their school was named after and what he accomplished.

The opening of Gaston marked the return of a neighborhood middle school in southwest Fresno after more than 35 years.

Summer Gaston-Gheris is Mr. Gaston's niece and the principal at nearby King Elementary. She called Friday's unveiling a tremendous honor for the family.

"He was so special and he cared so much for each individual person, that I thought that was just for me and I see he did that for everybody," Summer said.