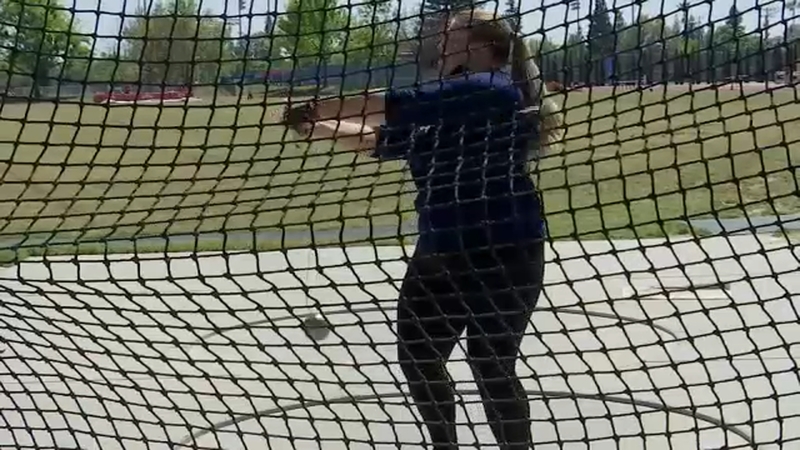 FRESNO, Calif. (KFSN) -- Hannah Chappell is 3-0 this outdoor track season. In March, she became the first Field Athlete of the Week selection for Fresno State since 2016.

The Bulldog's first love was on the softball field and was uninterested in following in her father's track and field footsteps.

"I actually never wanted to do track, my dad was the throws coach at the local high school," she said. "All of the coaches were always like when are you going to throw. I was like, never, I played softball at the time."

In high school, she decided to try it and ended up being better at it than she thought she would be. She grew to love the sport, which landed her a scholarship to Alabama.

Recruited as a discus thrower throughout high school, she realized hammer throw was her true passion in college. After a year competing in the SEC, she decided to transfer home to Fresno State.

"Both my parents went to Fresno State, my dad threw here, and I was a little nervous at first but I knew that the track program here had a good reputation," Chappell said. "We were both excited for this new adventure and just to get back at it."

At the UNLV Spring Invitational, this year Hannah threw the 8.8-pound iron ball the farthest she's ever thrown.

The 59.82 mark leads the Mountain West and ranks 20th in the NCAA. Chappell wants to make regionals this year and throw over 60 meters.

"If you'd ask me five years ago if I'd want to do this professionally, I probably wouldn't have thought that I'd be good enough to," she said. "But depending on the next year in a half, we'll see."