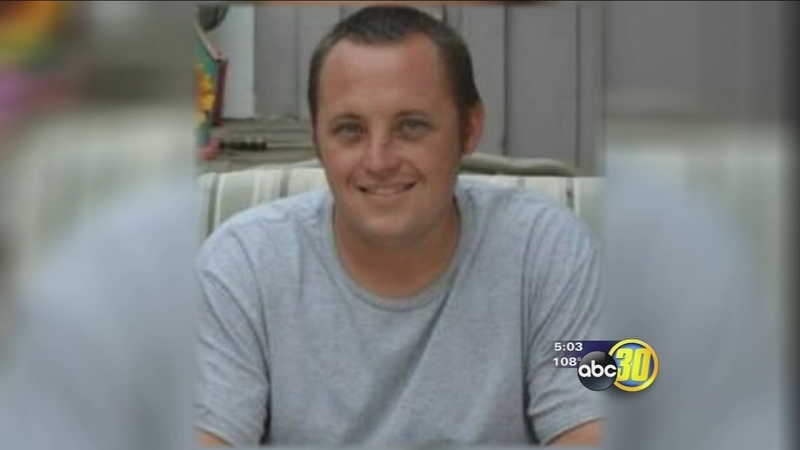 FRESNO, California (KFSN) -- A massive wildfire burning north of Big Sur has grown to more than 29,877 acres. The fire has destroyed 44 structures and it's only 15-percent contained.

On Wednesday, a private contractor died when his bulldozer rolled down a canyon. The man has been identified as 35-year-old Robert Reagan of Friant.

In the foothill community of Oakhurst, Reagan and his extended family are well known. Years after he finished high school, teachers and staff at Yosemite High still remember him well.

"Robert was really big into anything that was mechanical. He took auto shop, some of our ROP classes-- doing things like that. He was much better with his hands than with school books. That's what I remember most about him," said Diane Adney, Yosemite High Vice Principal.

The 35-year-old died Tuesday night when the dozer he was operating tumbled down a hillside. It landed at the bottom of a canyon, crushing him beneath it.

The area where Reagan died is about two ridges or a quarter mile away from the site of another deadly dozer crash in 2007. Matt Will was also operating a dozer when it rolled north of Big Sur-- killing him.

Robert's US history teacher was so proud of him and the career he chose. Ellen Peterson is well aware of the dangers on the fire lines since her husband is a firefighter.

"My heart just bled, because what he was doing saves firefighters lives and stops fires, and you know, bulldozing and grading and cutting fire lines-- it's extremely dangerous and he put himself out there."

On Reagan's Facebook, he described himself as 'self-employed and loving it'. Old high school friends say he loved derby cars and racing and he was also into four wheeling in the foothills.

But his happiness, according to family members, was his two daughters. Upon hearing the news, staff and friends at his daughter's dance studio pitched in to organize meals for his wife and kids. Many who know him said he was a noble man who will be missed.

"He's the salt of the earth. I consider him a hero," said Peterson.