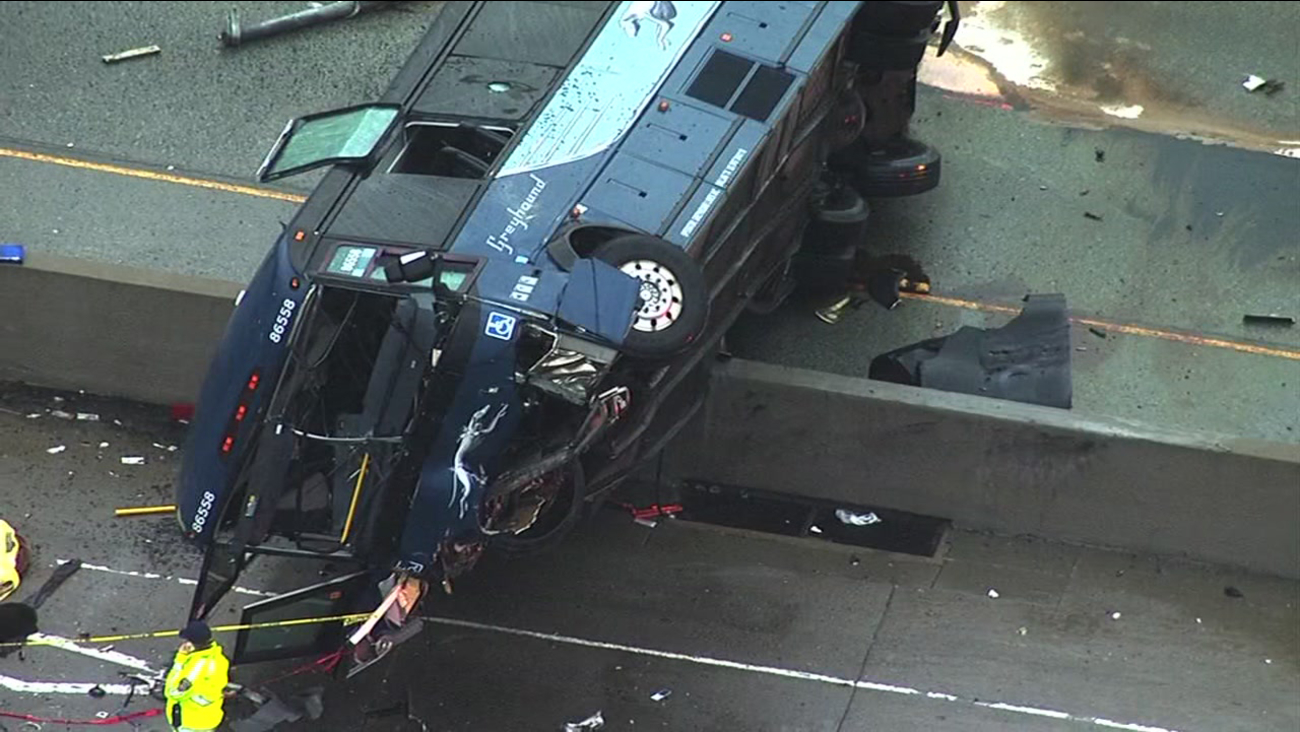 SAN JOSE -- Two people have been killed and 18 are injured after a Greyhound bus overturned in San Jose. Five of the injured have been transported to the hospital and 13 have minor injuries, according to the San Jose Fire Department.

The driver survived with only minor injuries, officials say.

The bus crashed while traveling in the northbound HOV lane, according to the CHP. San Jose Fire Capt. Christopher Salcido said 20 people were aboard the bus when it crashed.


There is no word on what caused the bus to crash. Officials say the bus appears to have been the only vehicle involved.

The CHP said the bus was traveling in the northbound HOV lane when it overturned.

The bus is blocking both the northbound and southbound HOV lanes of Highway 101. The CHP estimates it will take until at least 4 p.m. Tuesday to clear all lanes.

Fatal bus acc SSJ. On it's side. Backed yo to E Dunne. 1 hour and 10 mins to drive what usually takes 8 mins pic.twitter.com/eVoXK8tDVB