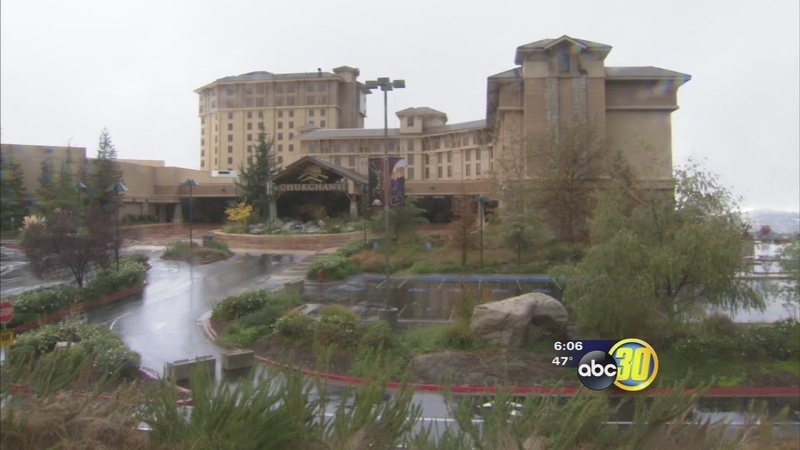 FRESNO, Calif. (KFSN) -- The Chukchansi Hotel and Casino is one step closer to re-opening. A faction of the tribe made a deal with Madera County to operate and is claiming the inter-tribal dispute is over.

The Chukchansi Casino has a sign of hope on Highway 41. For many, it's hard to believe but Claudia Gonzales, the chairperson of the newly elected tribal council said, it's true, "We're in a new day, a new age, it's time to move on."

In order to move forward, factions of the tribe needed to unite. Gonzales said they have. The next step was to negotiate with Madera County to operate and put 1,500 people back to work. The county laid out terms to increase public safety: the tribe would have to pay for an on-site deputy and a fire truck. The tribal council agreed and a contract was signed. Gonzales said, "Our members have spoken, we've come together with the county now."

Years of turmoil, violence and take-overs that made headlines-- all seemingly resolved. Rick Faranelli, who is a county supervisor, said, "it's pretty sad that it ever happened and a group of people that can't get along with each other and you can say what you want, but it's all about money."

Monica Davis is with a rival faction. She said the county fell for smoke and mirrors, "If the inter-tribal dispute was resolved then that would mean our council would be completely extinguished and you would see our signatures on some sort of peace treaty."

She said the attempt to re-open is a greedy move and it could lead to more debt or even a permanent closure.