Proposed conference center and hotel could come to Oakhurst 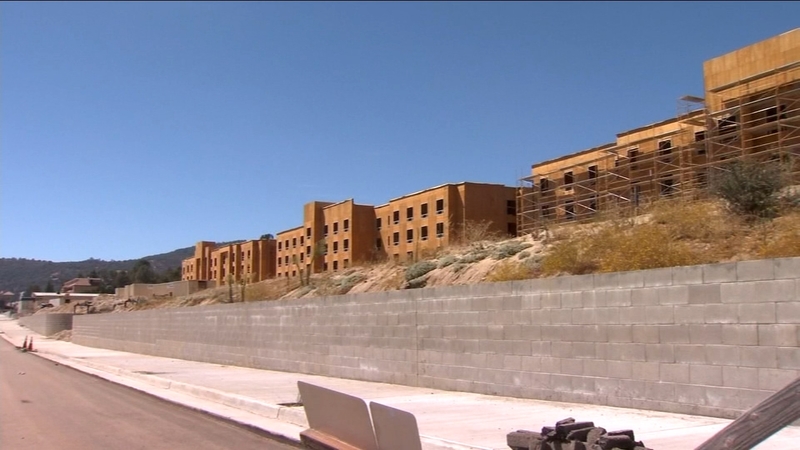 Proposed conference center and hotel could come to Oakhurst

OAKHURST, Calif. (KFSN) -- The Madera County Board of Supervisors will decide whether to approve a $20 million project that could bring a new hotel and conference center to Oakhurst.

It would include potentially include new hotels, an outdoor team building course, and a conference center that could fit up to 500 people.

Supervisor Tom Wheeler said in return for the project; the developer wants an incentive to build.

The deal would be that if the developer finishes the project, they would eventually get 50 percent of the transient occupancy tax (TOT) charged to hotel guests returned to them over a period of time.

"They're guesstimating $10 to $15 million dollars' worth of TOT dollars that they pay in 25 years. That's $7 or $8 million dollars in our pocket to hire firemen sheriff's deputies, and fix our roads," Supervisor Tom Wheeler said.

With hundreds of visitors driving through, The mountain community is dependent on tourism dollars.

Rhonda Salisbury with the Visitor's Center said their busiest season is the spring and summer. A conference center along Highway 41 could help bring tourists year round.

"Yosemite is gorgeous in winter, this will give people a good reason to come in the offseason," Salisbury said.

Wheeler also said the project would bring in dozens of jobs during construction and once the proposed project is finished.

Frequent Oakhurst visitors, however, said they have several concerns, including water usage for the project, and if employees are going to be paid fairly.

"Most workers in the hospitality industry are poorly paid. If this convention center would say they're going to make sure all their workers receive living wages, I'd be more open to it," Paul Weiss said.

Wheeler says the last major project they approved was a series of hotels along Highway 41 about five years ago. They are still under construction.