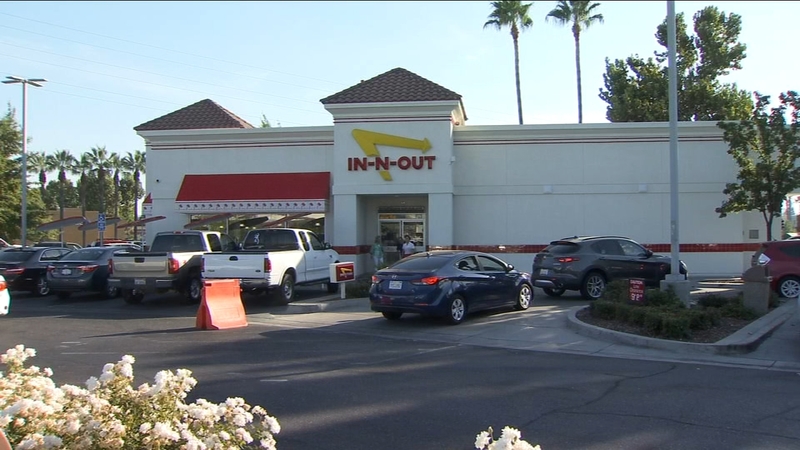 SAN FRANCISCO -- A campaign on Twitter is gaining steam to boycott In-N-Out, after the fast food chain donated to the California Republican Party. Public filings show the company gave $25,000 to the GOP on Tuesday.

After people found out on Twitter, some users began to protest, using the hashtag #BoycottInNOut.

One person tweeted, "Tens of thousands of dollars donated to the California Republican Party... it's time to Boycott In N Out - let Trump and his cronies support these creeps... perhaps animal style!"

In-n-Out Burger is financing the Republican Party. Time for a boycott. #boycottinnout

Another user said, "I've enjoyed the convenience of the drive-thru 3 miles from my house, but no way do they get my money now."

Not all In-N-Out fans are on board with the boycott, though.

One person tweeted, "Sorry I will never #BoycottInNOut I dont care who they donate to."

Here's a look at some of the tweets from those for and against the boycott:

Sorry I will never #BoycottInNOut I dont care who they donate to. Chick Fill A sucks so I dont care but I wont go along with this one.

Of course they like the CA GOP, they proselytize on all their food with hidden bible versus. I can live with that. https://t.co/gycCs12Xlf

People should #BoycottInNOut because it's overrated, not because it supports Republicans, which it has since, oh, forever.

Go #InNOut !!! It’s impossible to #BoycottInNOut , it’s a life necessity! Liberals are making In N Out rich! Thank you! pic.twitter.com/Gx9D2fpcCs

Thanks for making my decision where to eat easier!!! I will never support another burger from In N Out #BoycottInNOut

I think I’ll have to fly to California just to buy a few now. Can you really blame them for donating to the party that is pro business and pro tax cuts? #BoycottInNOut

#BoycottInNOut because they donated $25,000 to the GOP

Would you like some racism and hate with your burger? #BoycottInNOut

How DARE people have opposing political views to myself!? If that ever happens, then you are a racist! #BoycottInNOut

Let also boycott Democrat leaning businesses whose idiots support #BoycottInNOut. Lets boycott everything. Maybe these fools below will go away