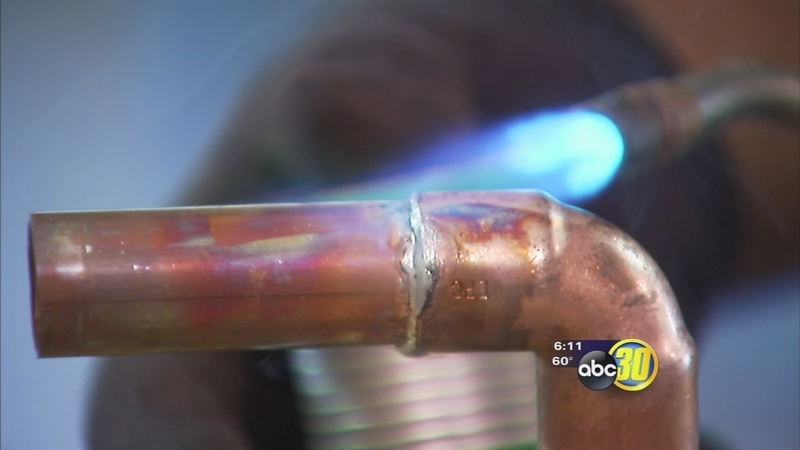 Local experts said the building trades could be a gateway to the middle class for some people because the job outlook is bright.

After 11 years with the US Marine Corps Luis Escareno sought a new career. He is now a second year electrician's apprentice. Escareno said, "It's changed my life because I didn't think I could do this."

Jesse Marquez also had a burning desire to do something different. He now works as a plumber's apprentice and felt he was in a much more stable position. Marquez explained, "With all the building trades here there is something for everybody. It's just a matter of not being afraid to take a chance, look at it, experience it and find your calling."

"Building Trades Apprenticeship Day" was celebrated at the Plumbers and Pipefitters Union Local 246 in Fresno.

High school shop classes for the most part have been replaced by computer training. As a result the trades can get lost in the shuffle. Fresno electrical training director Chuck Stanton said, "So people aren't aware of what's out there for construction trade. These jobs will provide a career. They'll provide a better living than some college educated people will get with their careers."

Stanton said after a four or five year apprenticeship journeymen draw a higher salary with full benefits. Sheet metal apprentice Luis Romero said, "Before this I was going through all the staffing agencies, working out in the fields, doing whatever I had to do to provide for my family but it was never enough, doing minimum wage."