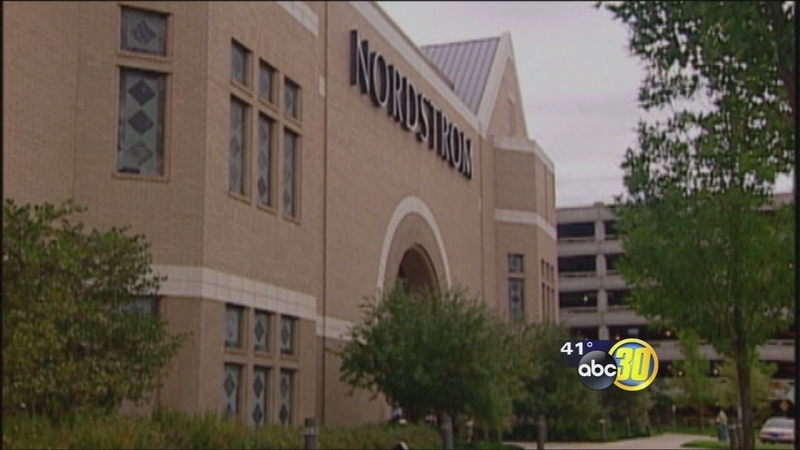 FRESNO, Calif. (KFSN) -- The competition is fierce, and city officials in Fresno and Visalia say they're getting closer to knowing which city will be home to a new Nordstrom E-commerce Distribution Center, which could open up to 1,800 jobs.

The stakes are high, but neither city is looking to sweeten the deal any more than they already have. City councils from both cities have approved multi-million deal in sales tax sharing with the company."They're not really interested in going another round of we do this, somebody else does that and we're not really interested in doing that either," said Fresno's Economic Development Director Larry Westerlund.

Now, Westerlund says they'd like to bring in another major name retailer like Nordstrom. "If we land Nordstrom here, now we actually call ourselves a cluster," Westerlund said.

Visalia's Industrial Park is also home to many large distribution centers. But Mayor Steve Nelsen says a Nordstrom facility there would make it Visalia's largest employer. "It would be a real feather in anybody's cap," Nelsen said. "If you're going to team up with somebody why not team up with the best, which would be Nordstrom."

Nelson believes Nordstrom will choose Visalia because it has a better overall quality of life than Fresno while Westerlund says Fresno has a stronger workforce than Visalia.

"We know about a third or 40% of their employees will probably come from Fresno and then commute down," Westerlund said. "Which is probably not the best way to pick up those employees but we do know that they rely heavily on Fresno workers for their jobs."

In the end, both sides want to see Nordstrom in the Central Valley, because it's a lot of jobs, and the stakes are just too high. The other potential site is a city in Nevada. Both sides expect a decision from Nordstrom in the next couple of months.

"So we're centrally located," Nelsen said. "We definitely have the job force that's ready. And if we don't we can go through COS, we can go through the high school sector and training programs. We have all of that."
Related topics:
businessfresnovisaliavisaliabusinessfresnojobs
Copyright © 2021 KFSN-TV. All Rights Reserved.
BUSINESS
Valley doctors discuss California's reopening
Fresno Chaffee Zoo reopens all exhibits
Newsom says vaccinated CA workers won't have to wear masks after June 17
'I've been waiting for this day': Fresno gym fully reopens
TOP STORIES
Merced teacher back home after battle with COVID-19
LIVE: Biden, Putin meet for long-anticipated summit
Looking back at the ups and downs of COVID in Central CA
24-year-old man shot in southwest Fresno, police say
Arson investigation after fire burns 2 Fresno homes
Fresno reopens public pools amid heat wave
What changes throughout Central California as state reopens
Show More
CA has reopened, but not everyone can go maskless
Suspect involved in standoff in Kings County identified
Israeli military launches airstrikes in Gaza
19-year-old arrested on arson charges for NW Fresno fires
What to expect from CA's reopening today
More TOP STORIES News