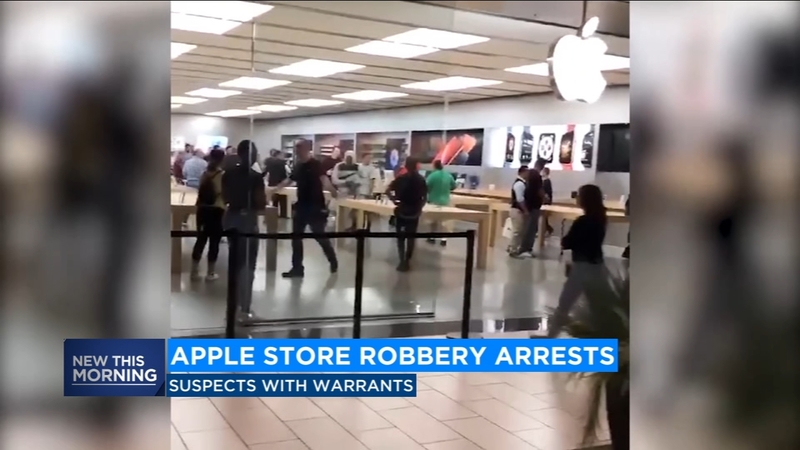 The State Attorney General's Office is spearheading an investigation that involves the arrest of a handful of people suspected of grab-and-run robberies at Apple stores.

At least seven people are in custody in connection with thefts in the Bay Area and other parts of California.

It's not yet known if any of those arrested are connected to the robbery in Fresno.

This comes on the heels of a high stakes crime in the Bay area towns of Emeryville and a case in Palo Alto.

Police say in both cases, packs of young men raced into apple stores and took off with iPads and the latest iPhones which run close to $1,000 each.

Thefts at Apple stores are at an all-time high.

Oakland Police announced Wednesday night it assisted outside law enforcement by arresting several individuals on criminal warrants and that the arrests are in connection with large scale crimes throughout California.

They would neither confirm nor deny that the cases were directly involved in Apple thefts.

People going in and out of the Apple store say that they are relieved to hear about these arrests.
"I am definitely glad. I mean, it's been scary. You hear the cars breaking through the front or whatever," Apple shopper Jessica Forbes said.