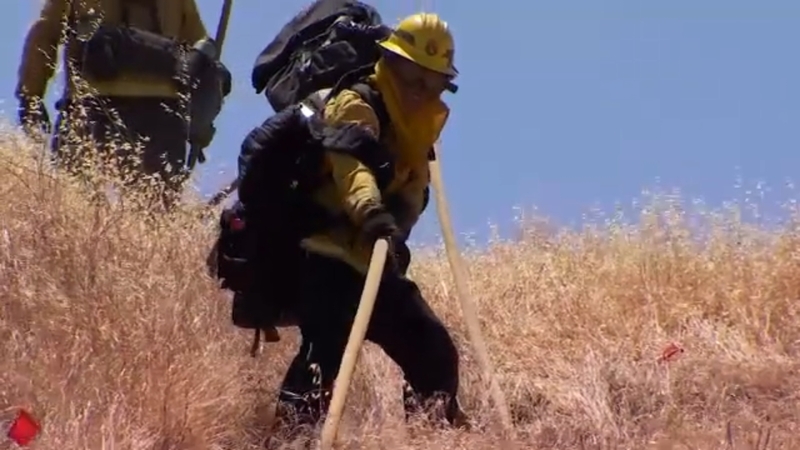 FRESNO COUNTY, Calif. (KFSN) -- With 41 of California's 58 counties in declared drought emergencies, CAL FIRE is warning this year's wildfire season could be more destructive than last.

"Knowing the fuels are critical; the winds are ever-present, we just have to be ready for anything coming our way," says CAL FIRE Fresno County Battalion Chief Dan Urias.

Urias says wildland training is continuous throughout the year, improving safety and efficiency.

"We're not just on roadways, we're not just on improved trails, this is a true wildland environment; anything can happen so we have to be prepared and have the endurance to be able to deal with that," says Urias.

To battle some incidents, crews need to hike miles uphill just to gain access to the flames.

"From there, then the true work actually begins where we start establishing control lines, doing the work that we need do to control and mitigate the threat."

In Thursday's simulation, what started as structure protection quickly escalated to rescuing one of their own.

"Their engine is compromised, their escape route is cut off, and it's the worst case of their life, and they have to deploy their fire shelters," says Urias.

Something crews prepare for but they are skills they hope never to use.

Crews from the National Guard and the Miramonte Conservation Camp are joining firefighters.

They are making up for the loss of inmate crews now that the state is incarcerating fewer low-level offenders.