California gubernatorial candidate has a simple message for voters: 'Why not!' 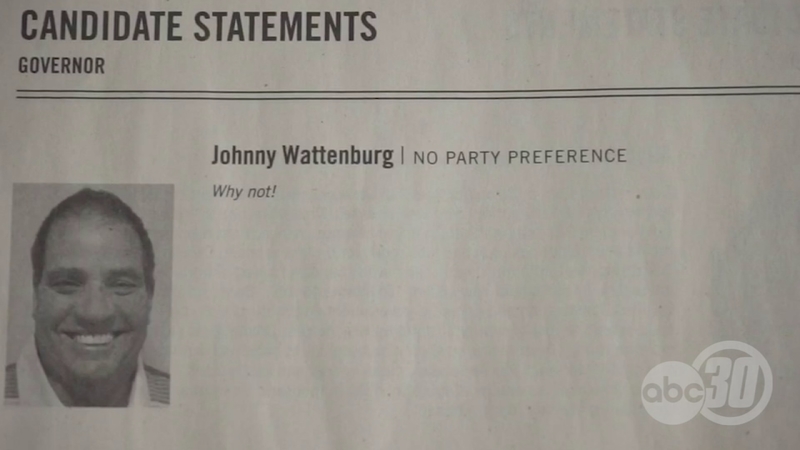 Candidate's simple message: 'Why not!'

If you are looking through your voter pamphlet to see where the candidates stand on particular issues, one candidate for governor may catch your attention by the sheer lack of a statement: Johnny Wattenburg.

His candidate statement is just two simple words: "Why not!" The voter pamphlet also doesn't list a party preference.

Wattenburg is from Susanville, a small town in the northeastern corner of the state.

His facebook page says he's not your ordinary politician. He describes himself as an average blue collar worker. He received his commercial driver's license in the early 90's and has logged over five million miles driving the lower 48 states.

We chatted with the candidate on Monday to ask him about his unusual candidate statement, "Those two words were $25 per a word, so to fill that out, when you have a maximum of 250 words you could have put in, that space would have cost me $6,700."

Wattenburg says the response he's received from those two words has been overwhelming, "More people are calling me asking for buttons, and I didn't really expect it. But the more I, the longer it gets over to where the primary is, I think I have a chance of getting in the top two."