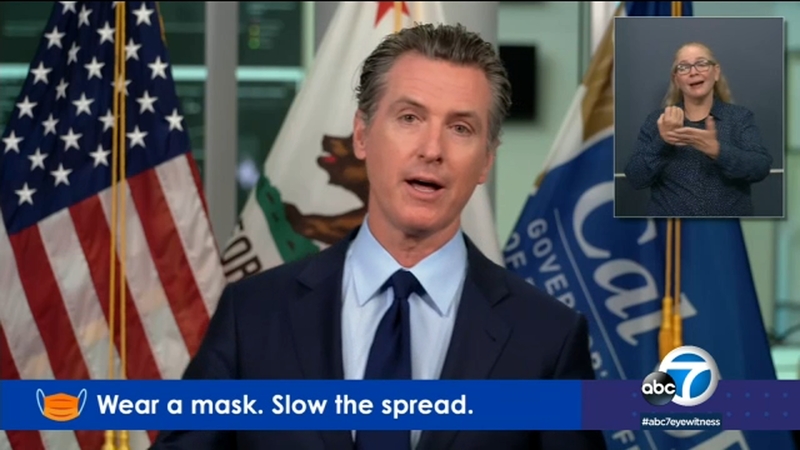 FRESNO, Calif. (KFSN) -- Governor Gavin Newsom discussed the measures the state is working toward recovering the California economy during his briefing on Wednesday as the ending of the state legislature's session looms.

The governor gave a review of the programs in the last few months, including Project Room Key, tax credits and funding for small businesses.

He emphasized that the state is still working toward implementing new aid for Californians and small businesses, including an extension to the moratorium on evictions and pushing the federal government to pay for the unemployment boost proposed by President Donald Trump.

California reported 11,645 new coronavirus cases on Tuesday; however, 6,212 were from the backlog of tests that were unreported by the state's testing system.

Hospitalizations were down 19% over the last 14 days along with ICU admission rates, which were down 16%.

Newsom said the continued decrease in state hospitalizations was an encouraging sign, but Californians are still not doing enough to avoid mixing with people outside of their homes after seeing people gather at a lake in Northern California.

"We're not minimizing mixing. It throws shivers up my spine," said Newsom. "Here we are making all this progress, and it can be done away."

The governor said bending the curve is fundamental in the recovery of California's economy. The state's monitoring list was frozen after a data glitch under-reported COVID-19 cases, but Newsom said the watch list would be unfrozen once the backlog was cleared in the next few days.

On Monday, the governor said he did not expect to see a dramatic change in the number of counties on the list.