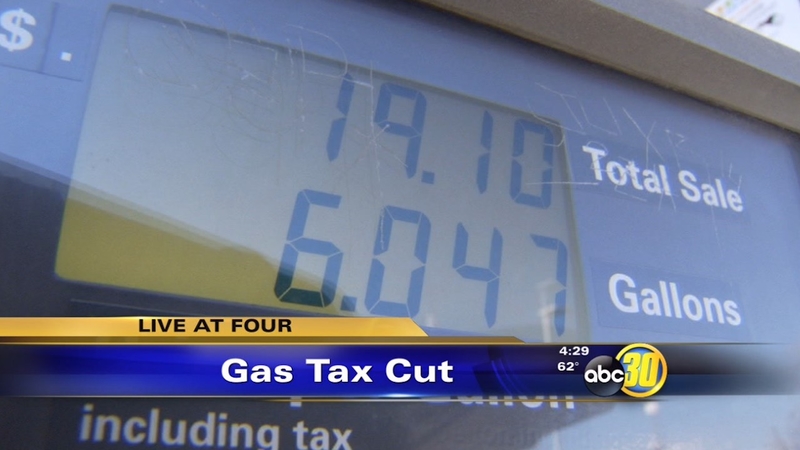 FRESNO, Calif. (KFSN) -- California motorists were glad to hear they'll soon catch a price break at the pump. The State Board of Equalization unanimously voted to cut the excise tax from 36 cents to 30 cents. The price cut will take effect July first.

Many people in the Valley have watched those gas prices like a hawk. The average price of a gallon of gas in Fresno has risen 44 cents in the past month according to gasbuddy.com.

Curtis Mason of Fresno said, "Me and wife went out of town and when we came back we noticed that prices went up ten more cents.

Economist Scott Cain is also a wholesale fuel distributor who as a consumer will benefit from the gas excise tax reduction.

Cain said, "It will definitely lower prices at the pump."

Jackie Sauberg said a six cents a gallon cut would make a difference. She has always noticed when prices fall.

Sauberg said, "I have yeah. I commute from Fresno to Madera so it helps me out a lot."

Cain says an explosion last week at a Torrance refinery caused gas prices to rise. But he adds the approved gas tax cut won't be automatic at some stations.

Cain explained, "There's no legal mandate for the stations to come down on their prices given that taxes are falling but competition will bear it out and we'll see stations that do pass it along will have a competitive advantage."

As well as a loyal customer base.

Mason said, "With families who have to take their kids back and forth every little bit helps. Money is very scarce for some families."

The board also voted to raise the excise tax on diesel fuel by two cents a gallon. Scott Cain added the summer price outlook looks positive because of a large crude oil inventory.