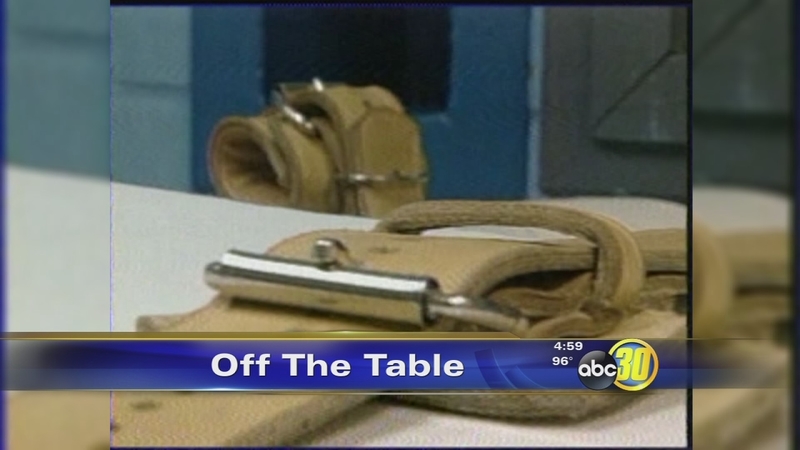 The death penalty is off the table in California -- at least for the time being -- after a federal judge ruled Wednesday -- it's arbitrary and unconstitutional.

The case could end up in the Supreme Court.

A judge in Orange County issued the order and reduced the sentence of a man whose trial happened at the same time as O.J. Simpson's.

Judge Cormac Carney says instead of a death sentence, the worst convicted killers get "life in prison, with the remote possibility of death."

In January 2006, California carried out its last execution. Clarence Ray Allen was strapped onto the death podium and got the lethal injection 32 years after he plotted three murders in eastern Fresno County. Since then, not a soul has suffered the death penalty and death row has bloated to more than 700 inmates. The slow process is a key reason for a judge's ruling Wednesday that the death penalty system itself is unconstitutional.

"The decision is essentially saying you're taking way too long to carry out the death sentences in this state," said defense attorney Pete Jones.

Jones represented the last Fresno County man sentenced to death. A jury convicted Marcus Wesson for the murders of nine people -- all branches of a twisted and incestuous family tree. Nine years later, his appeals process is barely started, but the condemned inmate may have new hope.

"Mr. Wesson is there and how will it affect him? We'll have to wait and see," Jones said.

Death penalty supporters tell Action News complaints about long delays creating a cruel and unusual punishment can be solved with more funding and a speedier appeals process. Executions were already on hold in California because of flaws in the lethal injection procedure, but this latest decision takes a moratorium one step further.

"We'll see what the attorney general decides to do with this because a decision not to challenge it would be an interesting and compelling decision," Jones said.

Attorney general Kamala Harris is reviewing the decision, and whether to appeal it to the 9th Circuit Court of Appeals.

Former state Justice James Ardaiz told us the decision was "startling" and the conclusions are illogical. Justice Ardaiz said there's no chance the ruling will stand up in the Supreme Court, if it makes it that far.