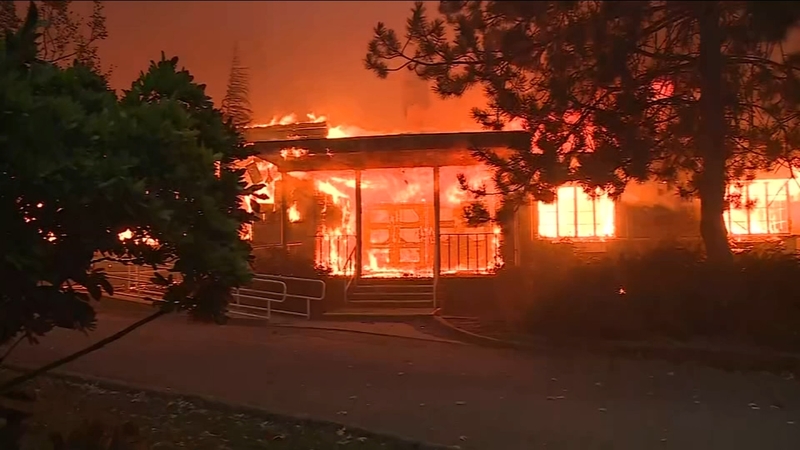 FRESNO, Calif. (KFSN) -- Several wildfires are burning across California and one the largest has crews from the Central Valley.

"So each region gets called and asked what resources can you give us. Each day we identify resources we have available for the state and we put that out," he said.

Fulmer says the 11 firefighters and two engines from Fresno at the "Camp Fire" will not impact service on the city.

But the absence of crews will impact next week's Fire Training Symposium in Fresno, 600 firefighters were expected to attend.

"Since these two fires are burning that has impacted that training symposium with not only the instructors but also the students. However as firefighters, we do whatever it takes when duty calls," said Fulmer.

Crews are committed to working for 14 to 28 days at a wildfire and will likely work 24-hour shifts.

Fulmer said this is becoming the new normal.

"With California, there's endless summers. The summers don't end here. Typically you would think summer starts in May and end in September but not here. We're having high winds, low humidity in Southern California and Northern California, he said.

High pressure is trapping smoke from the Camp and other state wildfires right in the Central Valley.

"If you can see and smell smoke, it is having an impact on you. So take precautions, come, insider, hopefully you are in an air-conditioned environment and you change your filter frequently," said Heather Heinks, San Joaquin Valley Air Pollution Control District.