Gov. Newsom discusses plan to expand health care to all Californians, including immigrants 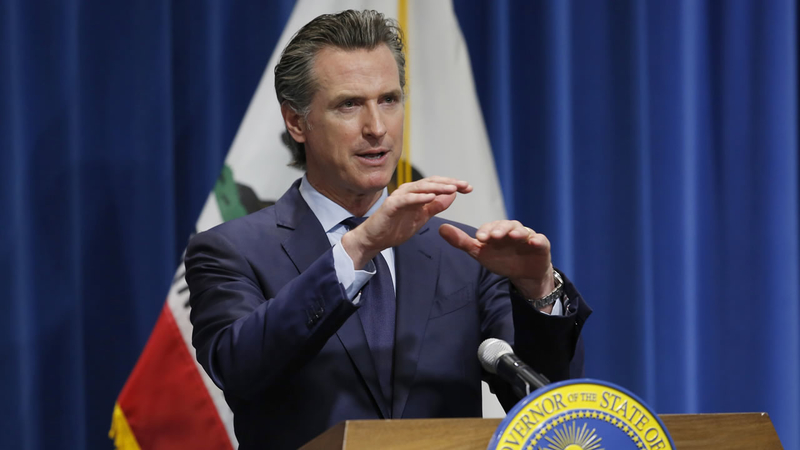 KERN COUNTY, Calif. -- Governor Gavin Newsom made a stop in Kern County to highlight his proposal of healthcare coverage for all, regardless of immigration status.

The governor says it's a move that's long overdue, while opponents say it would raise taxes by billions of dollars each year.

"We believe in the right to quality health care. We believe we are strengthened as a community," said Governor Gavin Newsom outside of Clinica Sierra Vista's Comprehensive Community Center in Lamont.

The governor is proposing providing a full expansion of Medi-Cal to all eligible Californians, including an estimated 764,000 undocumented immigrants.

Newsom took a strong stance against those who are critical of his proposal saying, by providing healthcare upfront, will help avoid taxpayers deal with the rising costs from uncompensated care in emergency rooms.

"Why not invest in treating people in preventing the most acute conditions that tend to manifest on the back end and as taxpayers pay out of pocket as a consequence of that?" said Gov. Newsom.

.@DoloresHuerta is in attendance calling this a “day of celebration”. She says, “We know that no one is safe, in terms of healthcare, unless everybody is eligible for this kind of health care benefits we have in the state of California.” @ABC30

She was in attendance with the Governor and thanked him for this initiative, calling it a day of celebration.

"We know that no one is safe, in terms of healthcare, unless everybody is eligible for the kind of health care benefits that we have in the state of California," Huerta said.

When it comes to the cost of universal healthcare, Governor Newsom said California is well-positioned to make the long-term investment.

The plan, if approved, would raise taxes on businesses and individuals who earn at least $149,509 per year.

The California Taxpayers Association, which opposes the plan, estimates it would raise taxes by about $163 billion per year.

They were not scheduled to debate the bill that would pay for it, but opponents were expected to highlight the cost.