California man involved in Charlottesville riots to appear in court 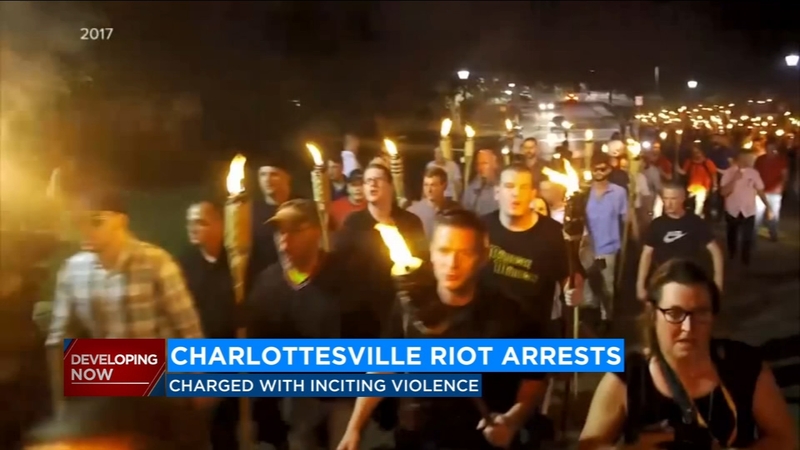 SAN FRANCISCO (KFSN) -- One of four men from California charged with inciting violence at the Unite the Right Rally in Virginia last year is expected to appear in a San Francisco courtroom today.

Cole White will be making his first appearance before a judge just one day after the other three men appeared in a Los Angeles courtroom.

White is one of four men arrested for their violent involvement in Charlottesville and attacking counter-protesters.

Authorities say White along with Benjamin Daley, Mike Miselis and Thomas Gillen attending a tiki-torch rally on August 11th last year and the Unite the Right rally the following day.

"And with their hands taped and ready to do street battle, committed multiple acts of violence, including punching, kicking, headbutting and pushing numerous people along Second Street Northeast in Charlottesville," said Thomas Cullen, US Attorney.

The charges are not directly related to the moment the rally turned deadly when a speeding car plowed into a crowd, killing a 32-year-old woman.

Court documents allege that all four belonged to a racist group called Rise Above Movement, or RAM.