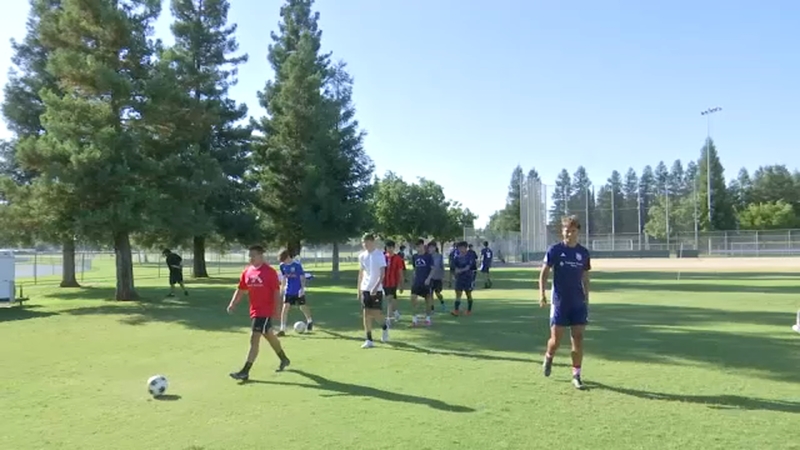 FRESNO, Calif. (KFSN) -- While most teams are busy hitting the offseason this summer, the boys Under-19 California Odyssey Club team is gearing up for the Mile High City -- the site of two national championships.

"Teams from all over the nation," says Santiago Aguilera.

It's a rare opportunity after the boys claimed not just one but two titles this year, including the NorCal Champions League.

Now with a seat at the winner's table, the club will compete in two separate tournaments at Dick's Sporting Goods Park in july. It's a Major League Soccer stadium home to the Colorado Rapids.

Some of the boys have been playing together since the age of six with Coach Aguilera beside them every step of the way.

While others like first-year player Gavin House are excited for what lies ahead, even he thinks the competition might overlook this team of Valley stars.

"They probably see us from Fresno, California and think, 'Oh, these are just a bunch of random kids, nothing going on in their life.'"

It's a sentiment shared by teammate Kaylob Walker.

"We're not really well known," he said. "Maybe just for our agriculture, but not known for our soccer. We have a lot of talent here, I think."

If you ask goalkeeper Eddie Veliz, it's more than just talent.

"The chemistry that we have is unrivaled, honestly," he said. "Compared to other teams, they don't have the same chemistry as we do. I've seen it personally. They fight against us."

While Veliz is busy holding things down on defense, Sanger's own, Isaiah Villalobos, will look to outscore the rest of the field.

It's a confidence Coach Aguilera is thankful to have.