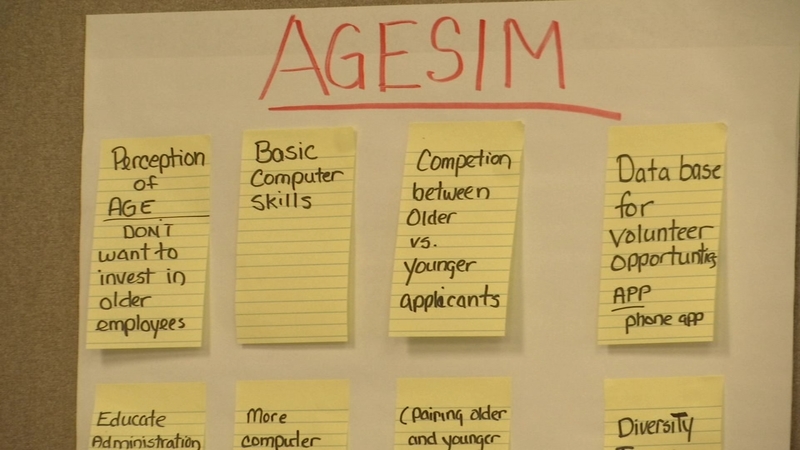 Community leaders met on Wednesday morning to come up with ideas on helping the growing senior citizen population in California.

According to a statement released by the Governor's office, he signed SB 228 by Senator Hannah-Beth Jackson (D-Santa Barbara), which builds on the executive order he signed in June announcing the creation of a Master Plan for Aging to address some of the challenges California's growing aging population is encountering. SB 228 builds on actions the Governor has taken on this issue in his first nine months in office to not only promote healthy aging in the state, but also ensure protections for senior citizens.

"Every day, 1,000 Californians turn 65 years old, and in the next twenty years, senior citizens will represent 20% of our state's population," said Newsom. "Older Californians deserve dignity and our state's respect. Californians are living longer, and they are facing new challenges and uncertainties, including issues like health care, housing, and overall services and support. Our Master Plan will help the state prepare for this transition."

As a result of this, Valley community leaders came together to brainstorm ideas.

"What we are doing is discussing the challenges, coming up with ideas and recommendations. We are going to be presenting these ideas to the Master Plan for Aging Stakeholder Advisory Committee," said Helen Miltiades, with Agewell Fresno.

She explained that in the next 10 years Fresno will have 50,000 more, older adults.

Miltiades added they have already been a neglected part of our population so these meetings are important.

Over at the transportation table, Dr. William Dailey, says he knows firsthand getting around can be hard, especially from city to city.

"We need to be a little more unified and integrated together to go from point A to point B. I would love to come to Clovis senior center but it's too much of a hindrance because of the two different transportation systems," he said.

Margie Relph, with Westmont of Fresno, saidthey're also figuring out if there are less expensive living options.

"We are looking at different options for independent and assisted living that are affordable - maybe more family run homes, so we can keep people in their home longer and then bring in help at a different rate," she explained.

Again, these are just ideas to flush out with hopes of taking them to the Governor's Office.

"By 2030, our older population will nearly double in California, bringing an increase of 4 million people over the age of 65. We owe it to them and all Californians to ensure that our state has thoughtfully prepared for this demographic shift," said Senator Jackson. "The master plan will provide us with a roadmap for success."

According to the California Department of Aging, by 2030, the 60+ population will be 40% larger than today. There are currently about 4 million Californians over the age of 60, which is about 11% of the population.
Report a correction or typo
Related topics:
societysenior citizensaging
Copyright © 2021 KFSN-TV. All Rights Reserved.
SENIOR CITIZENS
Rent at new SF senior living center tops out at $27K per month
Group of seniors come together to create hand chime choir
100-year-old finds joy in powerlifting competitions
Law Harrington Senior Center is making history for the LGBTQ community
TOP STORIES
Man shot multiple times at party in southwest Fresno
Cyber Monday 2021 deals shopping guide
Fauci says omicron variant will 'inevitably' arrive in US
Valley health officials bracing for arrival of new COVID-19 variant
Fresno police share tips for protecting your packages
Pedestrian hit and killed in Clovis
Is it ever too early to put up a Christmas tree?
Show More
Fresno Co. man accused of stabbing his mother, killing her boyfriend
Fresno State student killed in early morning crash on highway
Boy life-flighted after being shot in Tulare County, deputies say
1 killed, 1 hospitalized after stabbing in Auberry, deputies say
What is omicron? What to know about new COVID variant
More TOP STORIES News