Despite healthy snowpack, some water users disappointed in initial allocation

But for those in the Westlands Water District and the San Luis Delta Mendota Water Authority, it was a letdown.

Despite a healthy snowpack statewide and above average precipitation, not all water users received an encouraging allotment from the Bureau of Reclamation.

Federal water users south of the Delta in the western portion of the valley learned their deliveries will start at 35%.

"It's disappointing and it's illustrative of the regulatory environment that's continuing to put a lot of pressure," said Cannon Michael.

In a statement, the Westlands Water District says, "Low initial allocations create uncertainty about how much of their land can be farmed and how much productive farmland will need to be followed."

But the Bureau of Reclamation says it had to make a conservative initial allocation.

"However it is still early in the year and we have to take appropriate precautions should conditions turn dry or other contingencies arise," said Operations Manager Jeff Rieker

"When you take away the surface supply, you ultimately make growers turn back to that groundwater to try to survive and grow what they can," Cannon said.

Farmers who rely on water stored at Friant Dam fared much better.

"We've determined that a block of 150,000-acre feet needs to be evacuated from Millerton Lake in March in order to avoid making flood releases later in the spring," said Area Manager Michael Jackson.

This year's water outlook is good enough the Fresno Irrigation District will begin its irrigation deliveries on March 1.

Some of the water stored at Shasta Dam in northern California must also be used for temperature control, to protect fish in the Sacramento River.
Report a correction or typo
Related topics:
societywateragriculturecalifornia water
Copyright © 2020 KFSN-TV. All Rights Reserved.
CALIFORNIA WATER 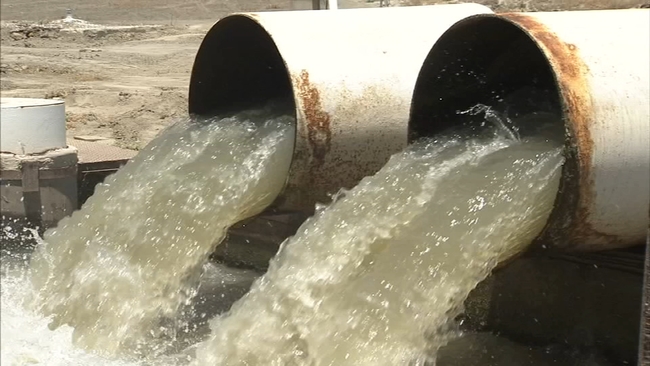