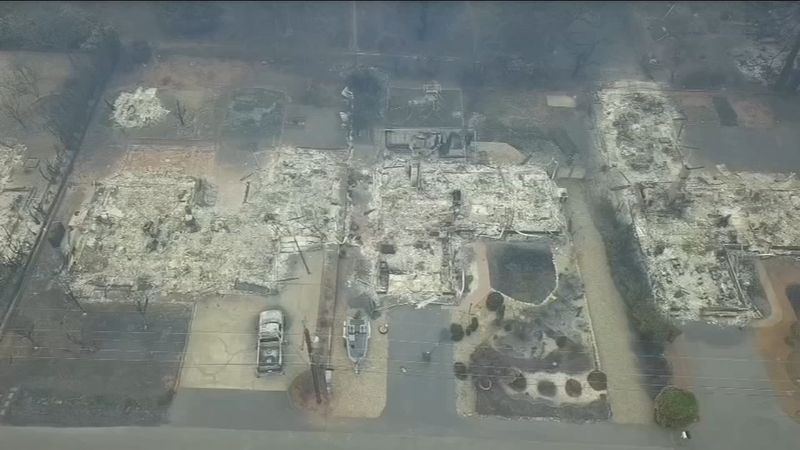 FRESNO, Calif. (KFSN) -- A Fresno attorney filed a lawsuit Wednesday on behalf of 26 people who lost their homes in the Camp Fire.

Keith Farris got the warning a day before Butte County went up in smoke:

PG&E said it might turn off electricity because of extreme fire danger conditions.

The power never went out, but Farris and his family went on the run for their lives.

"At this point, it's not really worth grabbing anything," Farris said. "We've already got our pets, we've got our kids, we've got everything we need, and we just kind of let it go. We prayed it wasn't going to burn, but you know, ain't no stopping it."

The Camp Fire swept across the county, burning almost 14,000 homes in a matter of days and forcing more than 52,000 people like Keith's family to evacuate.

He went back a week later, traveling with a Danish media crew to get access, and found his neighborhood in ruins, his life in ashes.

"Our house is gone," he said. "I went and confirmed that about a week and a half ago, and it's impacted our lives tremendously."

And now that PG&E warning is coming into focus.

Fresno attorney Butch Wagner says PG&E is responsible for starting the fire, and the company knew its equipment posed a risk.

"There's quite a bit of evidence that PG&E has been putting profits over the safety of the public," Wagner said.

His lawsuit on behalf of fire victims says electrical equipment caused more than 40 fires in Butte County alone from 2008 to 2016 and PG&E was routinely late to complete repair and maintenance requests.

Wagner says the company has $1.4 billion in insurance coverage, but risk consultants estimate Camp Fire damages of up to $10 billion.

"I don't know the future of PG&E at this point, but something's got to be done by state regulators," Wagner said.

PG&E sent Action News a statement saying they're aware of some lawsuits:

"The safety of our customers and the communities we serve is our highest priority. The cause of the Camp Fire is still under investigation. We are aware of lawsuits regarding the Camp Fire. Right now, our primary focus is on supporting first responders and positioning our employees to assess damage, restore service and rebuild infrastructure, and helping our communities."