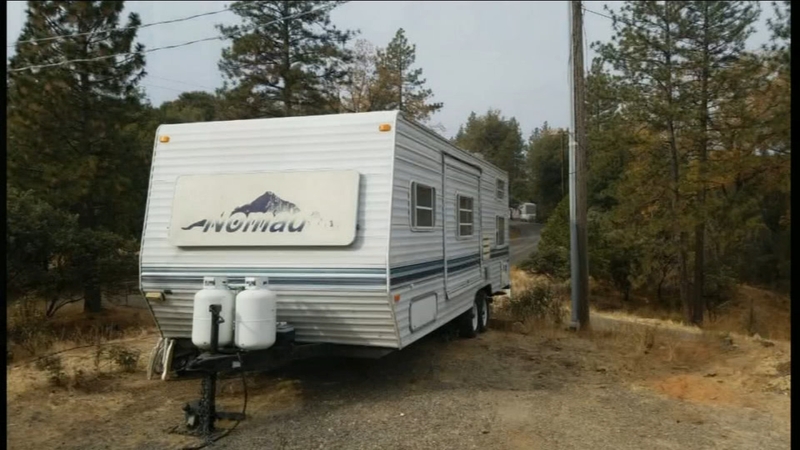 FRESNO, Calif. (KFSN) -- Seeing the devastation left behind by the Camp Fire is pushing people to help those who've lost everything, that's why a group of people from throughout the Central Valley are donating trailers.

Mariposa county resident, Richard Blalock, is donating his trailer to give another family a new home. He and his daughter, Sara, are getting the truck ready to haul a trailer they're donating to a family near Chico.

Theirs will be one of 6 other trailers being donated to victims. Blalock said it's the same trailer he had to use when his family evacuated because of the Ferguson Fire just a few months ago.

Ultimately, it was Blalock's 7-year-old daughter that made the selfless decision.

"We maybe might need it in the future, but they're needing it right now," Sara Blalock said.

Diane Mercado is spearheading the collection of trailer donations, and said the idea came her friend recently decided to donate her trailer.

She said people from all over the central valley are reaching out the help.

"We have from mariposa, Oakhurst, Paul Evert's in Fresno. The owners of the trailers are talking to the families of the trailer. They're buying toys and blankets and pillows, and filling the trailer with things for that particular family," Mercado said.

Mercado is working with a church in Chico that's helping them connect with families in need.

The Blalock's said they're donating to a mother and two kids who lost their home. They've even had donations from others in Mariposa county wanting to help.

"We just knew even if it's one family, it makes a difference to that family," Blalock said.

The caravan is meeting in Madera on Saturday. From there, the six trailers will head north.
Sara and her family are just hoping their donation will give the victims a sense of relief.