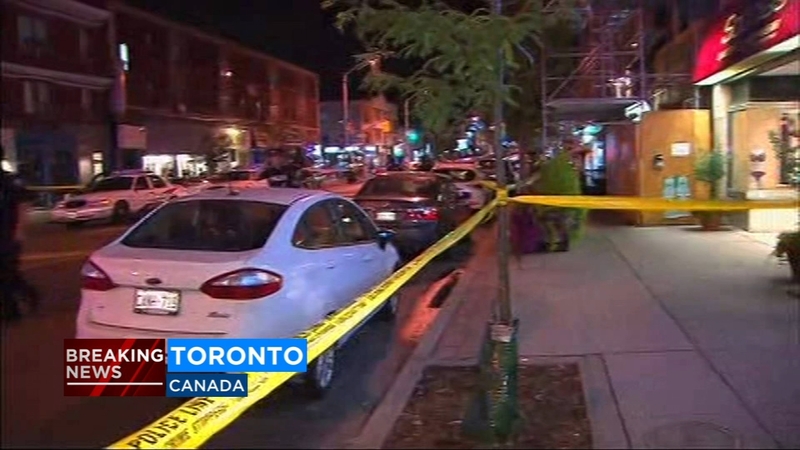 TORONTO (AP) -- A gunman and one victim are dead after a man shot 14 people, including a young girl, in the Toronto neighborhood known as Greektown late Sunday, police said.

"Other than the shooter we have a young lady that is deceased," Toronto police chief Mark Saunders said.

Saunders also said a young girl was in critical condition.

The condition of the other victims was not known yet, police spokesman Mark Pugash said. He said it was too early to say whether the shooting is terrorism.

John Tulloch said he and his brother had just gotten out of their car when he heard about 20 to 30 gunshots.

"We just ran. We saw people starting to run so we just ran," he said.

An army of police, paramedics and other first responders soon descended on the scene, while area residents, some in their pajamas, emerged from their homes to see what was happening.

"It's not gang related. It looks like someone who is very disturbed," Fletcher said.

Fletcher said for this to happen in an area where families gather for dinner is a tragedy.