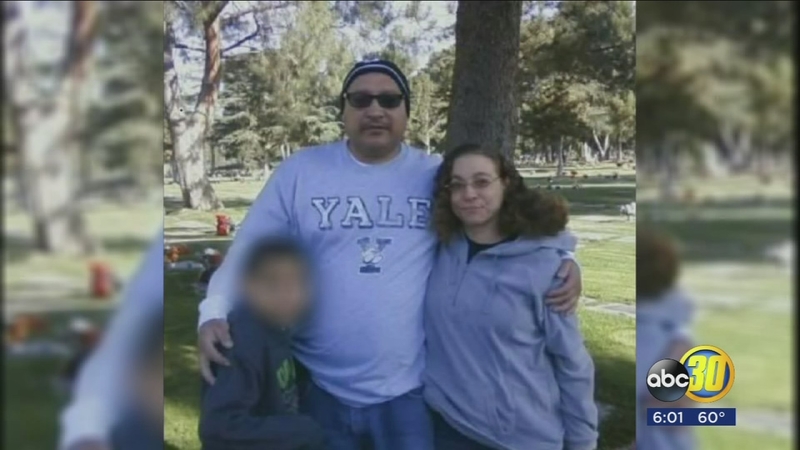 Sunday night they held a candlelight vigil where they said prayers, and loved ones shared memories of the couple.

The Mendez children were preparing for a holiday trip to the coast with their parents at the end of December -- now, they are planning their parents funeral after they were killed by a suspected DUI driver.

Sunday night they held a candlelight vigil where they said prayers and loved ones shared memories of the couple.

Both daughters say their lives have completely changed -- they will now be stepping in to parent their 16-year-old brother.

Their children say their dad was a carrier for the Fresno Bee for more than seven years, and their mom used to help on the route to spend more time with their dad.

Daughter, Jasmine Mendez said, "They loved to work, they loved actually being together and doing something together spending time together."

The suspect has been identified as 25-year-old Michael Merritt-Hutchins -- he survived the crash with moderate injuries, and once he was released from the hospital he was booked on DUI and vehicular manslaughter charges

The Mendez family says Christmas will be completely different this year, and they do not know how they will be able to celebrate without them.

Their children told us their parents would have celebrated their 30th anniversary next month.