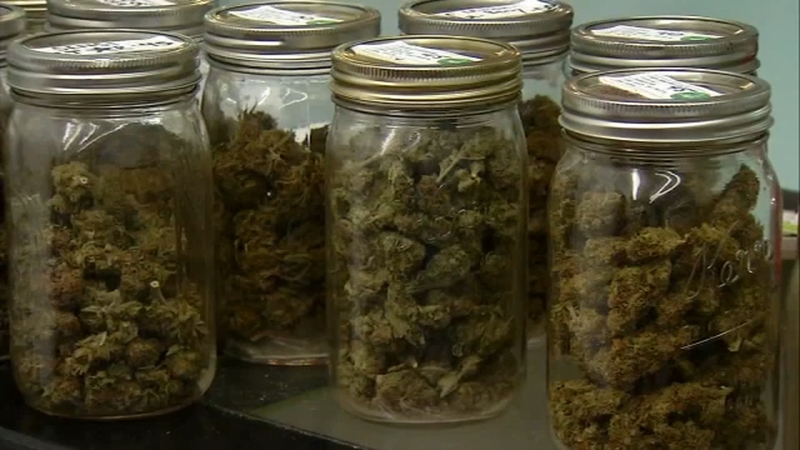 FRESNO, Calif. (KFSN) -- Cannabis businesses won't open in Fresno for months, but the city is already choosing to give more of them the green light.

A former Bank of America in Fresno's Tower District is one of about 75 proposed places for cannabis retail businesses to open.

The city initially planned to license 14 of them, but that number increased to 21 Thursday.

The cannabis business will be bigger than originally planned when Fresno finally allows it out in the open.

With the support of Mayor Jerry Dyer, the city council voted 4-3 to give out more licenses for retail sales.

Councilmember Nelson Esparza says the plan is to bring Fresno's cannabis market into the 21st century.

"What I mean by that is there's already a very large market for cannabis in Fresno," he said. "It just operates in the shadows."

Esparza says expanding the number of licensed retailers will help the city collect a bigger share of tax revenues that are currently seeping out into surrounding communities already allowing retail sales.

The Chamber of Commerce is also backing the idea.

Miller says good retail candidates will be good neighbors and Esparza says there are a lot of good candidates.

But Councilmembers Garry Bredefeld, Luis Chavez, and Mike Karbassi voted against the expansion.

Karbassi says he knows it'll be lucrative for the city, but he's worried about the impact of new drug businesses on the public, including the potential for more buzzed driving.

"I'd rather before we allow more stores to open, we get the black market in order and we also get this process in order so we can show we can handle the influx of these new facilities," Karbassi said.