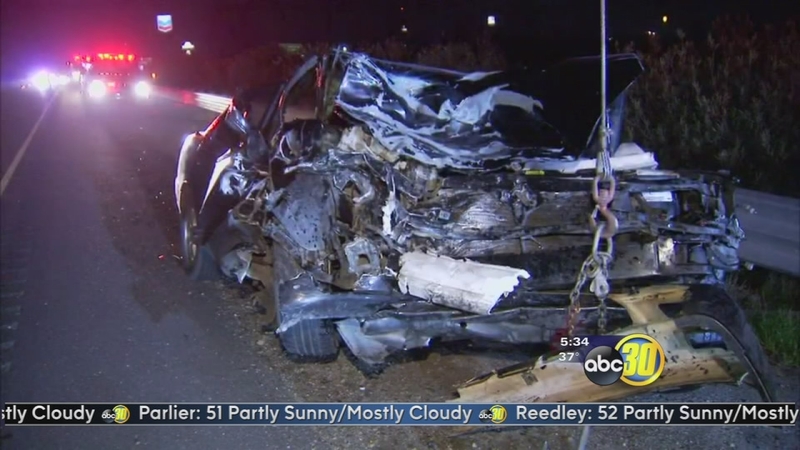 CHOWCHILLA, Calif. (KFSN) -- Highway 99 is back open after a wrong-way driver caused a head-on crash near Chowchilla.

Highway Patrol officers said a man was driving southbound in the northbound lanes of 99 near Avenue 27 when he collided with a Chevy Tahoe.

Investigators said the four people inside the Tahoe were taken to the hospital with a few broken bones but are expected to be okay. "Anytime you have an accident where two vehicles are going the opposite direction the forces are multiplied. So, very fortunate no one was killed tonight," said Mark Costentino, California Highway Patrol.

The driver who caused the crash was taken into custody for DUI.