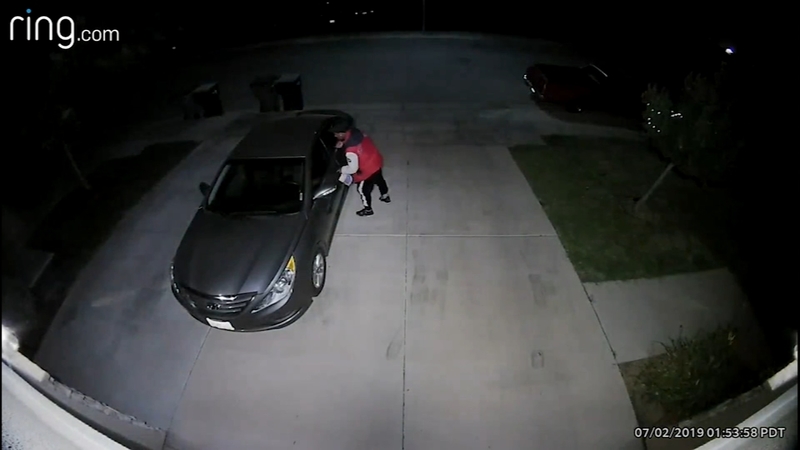 Criminals are breaking into cars and using a garage door opener often found inside to then break into people's homes.

"We will continue to increase out patrols, in the attempt to contact these suspects," said Fresno Police Cpt. Burke Farrah.

Fresno police say two months ago they only had four garage burglaries.

Last month, that number surged bringing the number of garage burglaries to 20.

In one shocking video, two suspects were caught on camera in front of a home.

Police then say one of them points a garage door opener toward the home, opening the door.

Moments later, the suspects are seen leaving with the homeowner's car.

"In some cases, entries made from the garage into the home. We're alerting residents to this fact so they can take steps on protecting their family," said Cpt. Farrah.

In another video shared by a 'Ring' user, you can see a suspect walk up to a car, and check to see if it's open.

Brallan Martinez says despite locking his truck, criminals managed to break into it Tuesday night.

"Somehow they were able to get in. And went through our glove box the center console. When I went out to the truck, everything was scattered," said Martinez.

Luckily Martinez didn't have a garage opener in his car.

"We live in such a small community, we should all help others and not steal from people," said Martinez.