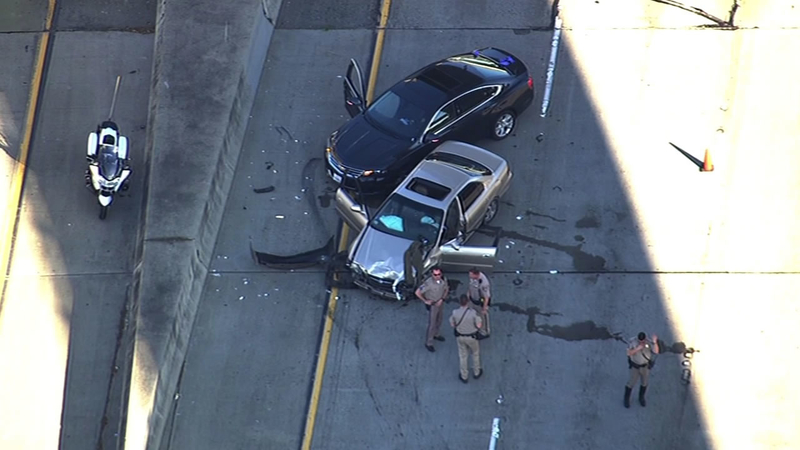 The crash on eastbound Highway 580 near the Broadway exit was reported at 3:20 p.m., according to the CHP.

A male victim was shot and taken to a hospital for treatment, CHP Officer Sean Wilkenfeld said. Wilkenfeld did not immediately know the extent of his injuries.

The CHP has detained one possible suspect in the shooting and another may still be at large, Wilkenfeld said.

Two lanes of the highway are closed this afternoon while the CHP investigates the shooting. Drivers have been advised to use Interstate Highway 880 as an alternate route.

Oakland police have taken over the investigation, according to the CHP.