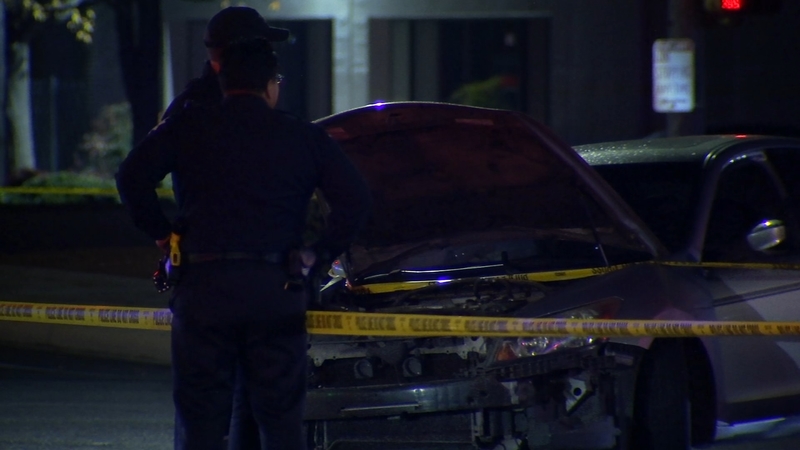 FRESNO, Calif. (KFSN) -- A car-to-car shooting ended with a crash in northwest Fresno -- and now officers are searching for the shooter who took off.

Police responded to reports of a shooting and crash at the intersection of Shaw and Brawley just after 10:30 Friday night.

Officers say two cars were headed southbound on Brawley -- when a suspect in one of those cars opened fire on the other.

The driver of the car being shot at ended up driving through a red light and crashing with an uninvolved car.

A pair of men ran from the scene of the crash and were then found by police.

"Those two subjects were contacted by police arriving to the scene," says Fresno Police Lt. Andre Benson. "It was determined that one of those suspects was the driver -- and the other was a passenger who received a gunshot wound to the upper body."

First responders took the injured man to the hospital -- where he is recovering.

The driver of the uninvolved car suffered some slight injuries.