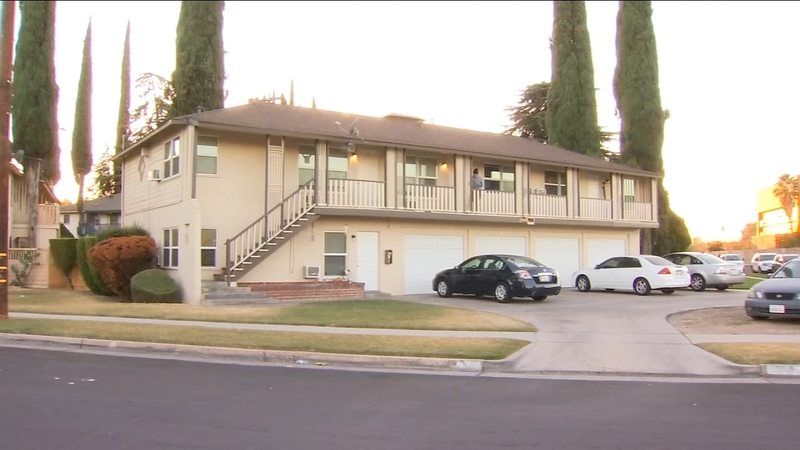 FRESNO, Calif. (KFSN) -- A near death experience for a family of four, in Central Fresno, after exposure to high levels of carbon monoxide.

It's dubbed the silent killer.

"They said if you wouldn't have woke up you would've been dead all of us," said Espinoza

Around 1 a.m. Sunday Morning, Gloria Espinoza was awoken by the carbon monoxide detector in her apartment.

Regrettably, she took the batteries out thinking it was faulty since no appliances were on.

Several hours later she heard her three-year-old crying while gasping for air.

Her seven year old and nephew were in the other bedroom unable to move.

"I woke back up I was walking wondering why I feel like this," said Espinoza.

In her groggy state, she realized what was happening.

After fainting a second time, then seizing, she was able to regain her strength and get the boys out of the house before calling 9-1-1.

When firefighters arrived they noticed a car running in the garage directly below their unit.

"There was a section of sheetrock missing from the garage and that enables the co to travel a little bit easier," said Fresno Fire Deputy Chief Ted Semonious.

"They found there was 60 parts per million in the living area and 130 ppm in the bedroom where everyone was sleeping," said Deputy Chief Semonious.

In 2017, 24 people were treated for carbon monoxide poisoning in the city of Fresno, that number is at 16 for this year.

While the department is warning the importance of maintaining your CO detectors; Alfonso, who after being treated at the hospital, hopes to one day have the title doctor, has another important message.