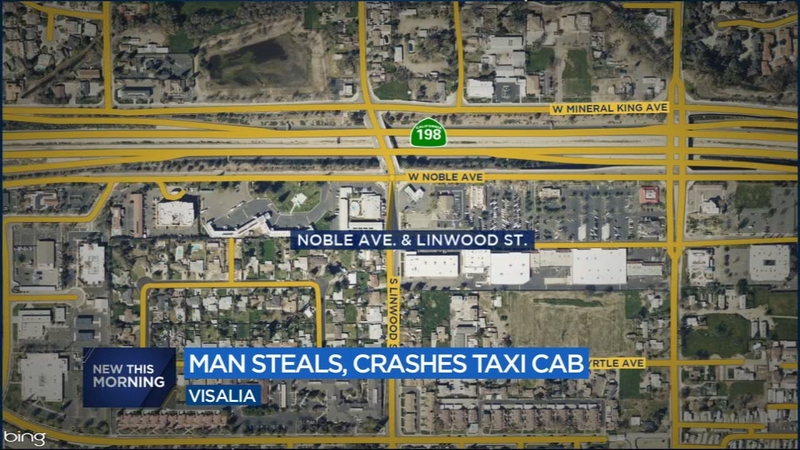 FRESNO, Calif. (KFSN) -- Police arrested a carjacking suspect after he stole a car and crashed it just minutes later.

Officers say 29-year-old Robert Renteria called for a taxi at the Majestic Motel in Visalia just after 10:30 Saturday night.

When the cab arrived -- Renteria pulled out a knife and car-jacked the driver.