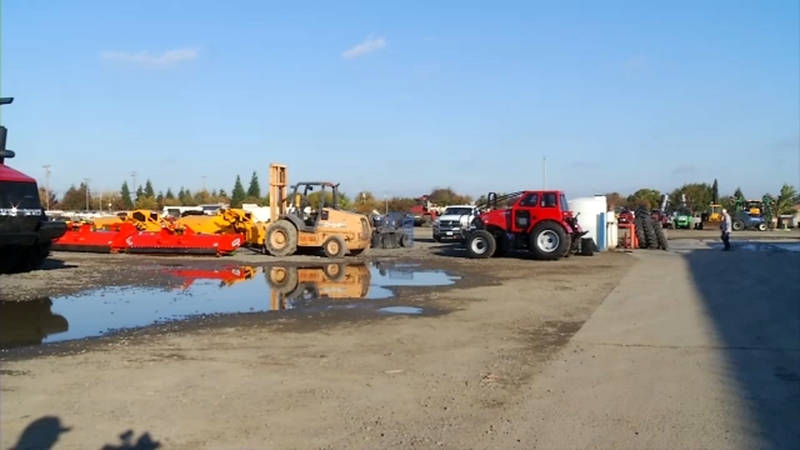 FRESNO, Calif. (KFSN) -- Catalytic converter crooks are at it again. This time, they are zeroing in on our local farm community and it's taking a pricey toll.

Just recently, thieves stole a catalytic converter from his flatbed.

The converters are an important part of a vehicle's exhaust system.

It's a growing problem statewide, among other property crimes impacting farmers and ranchers.

Local farmers are feeling the pain.

"It affects the way we do business," DaSilva said. "I can't do it because my truck is down. So it ultimately cost us more money than what they stole."

Two weeks ago, Action News told you about a big bust that happened at a Recycling Center in Merced.

Sherrif Warnke has a message for thieves who attempt to pass off the stolen goods.

"If I catch you bringing stolen property, I will move to have you removed from this county as a business," he said. "I'm not going to tolerate it and the recyclers are the ones causing the issue."

As a solution, some MIDAS automotive service centers can do free engraving of your VIN number on your converter.