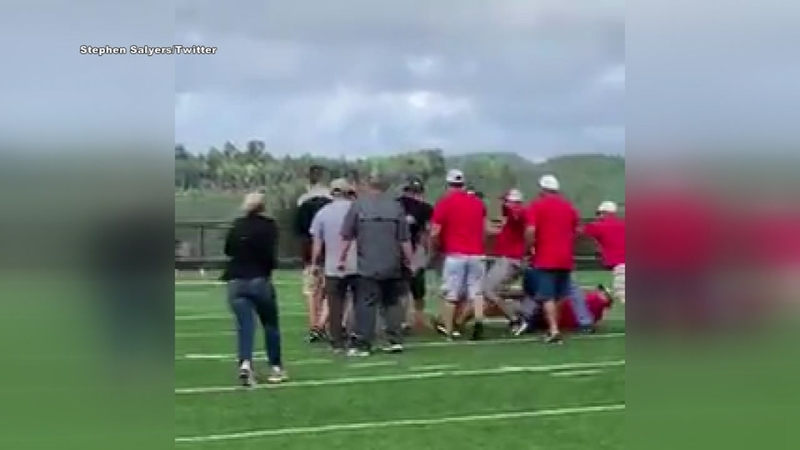 Fight breaks out between coaches at Pee-wee football game

Fists went flying at a pee-wee football game in Virginia. But wasn't the kids fighting, or even the parents - this time it was the coaches!

The video starts off with several men shaking hands after Saturday's game. Then two coaches started talking and then got in each other's face.

The next thing you see, punches were thrown. One man was even thrown to the ground.

Other people stepped in tried to break things up.