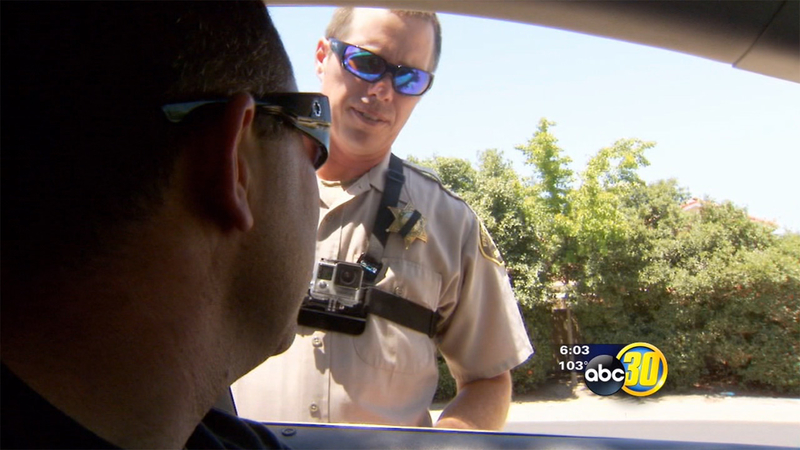 FRESNO, Calif. (KFSN) -- Tens of thousands of people have a permit to carry a concealed weapon in California. On Thursday, the Fresno County Sheriff's Office demonstrated the proper way to handle yourself and your weapon if you're ever pulled over by an officer.

First, the driver should inform the officer that he is carrying a weapon and that he has a CCW. At that point, for the deputy, knowing the driver has a weapon on him he asks Belemjian to place his left hand on the steering wheel while slowly removing his information from his pocket.

Law enforcement said this type of demonstration is crucial for the public.

"We want to make sure that we have a good working relationship with the public and that everyone goes home safe," said Jacobsen.

The debate on what to do if you're carrying a gun when an officer is pulling you over made national headlines recently. After the shooting death of Philando Castile in Minnesota on July 6th. The man was shot by an officer during a traffic stop after he informed him that he had a gun on him, which he was permitted to carry. His girlfriend, live streamed the aftermath.

Depending on the agency most people who have a CCW permit aren't required to reveal that to officers during a traffic stop, but most officers recommend that you do.

"Someone that's informing the officer up front, they're being forthright and honest with them and I think that goes a long ways," said Belemjian.

Belemjian, the owner of the Firing Line shooting range and a CCW instructor, said one tip he has for CCW permit holders is to never keep your gun in a glove box or center console. The traffic stop will go differently then if you have it on your person. In the demonstration, the deputy asks Belemjian to get out of the car and checks him for weapons and then retrieves the firearm and information from the car himself.

Officials said it's also important to always have your hands visible on the steering wheel.