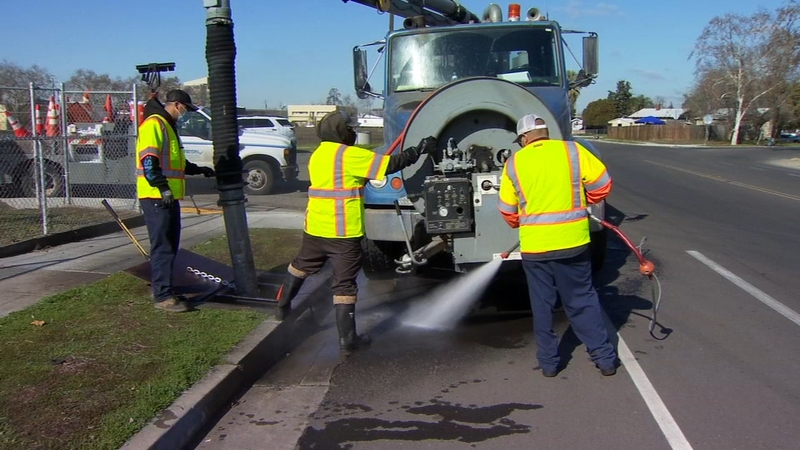 FRESNO, Calif. (KFSN) -- Crews had their hands full today as they went around town clearing gutters ahead of the rain. Mayor Jerry Dyer says efforts will ramp up tomorrow when the city's storm response team is activated.

The City of Fresno isn't waiting for the rain to start falling to begin preparing for possible flooding.

That means gutters and drains clear of debris before they have to handle several inches of rain.

"We may end up with some gutters that are filled with leaves, debris or trash that prevents the proper drainage from occurring on the streets," Dyer said.

Dyer says when gutters clog -- it can create flooding -- which Dyer says is their top concern.

Other measures are also being taken to ensure they're ready for a downpour of rainwater.

RELATED: An Atmospheric River is headed to Central California. Here's what to expect

"We have also made sure that we began the pumping out of the significant rainfall from our basins that will allow for the proper runoff," Dyer said.

Dyer is also reminding motorists to slow down during the rainfall and stay alert behind the wheel.

Slick roads could cause some vehicles to hydroplane.

"We do expect motorists and do want motorists to be responsible and to drive accordingly," Dyer said.

Dyer says once the wet weather moves in -- a storm response team will jump into action.

They'll be keeping a close eye on the rain -- and hazards or damage left in its path.