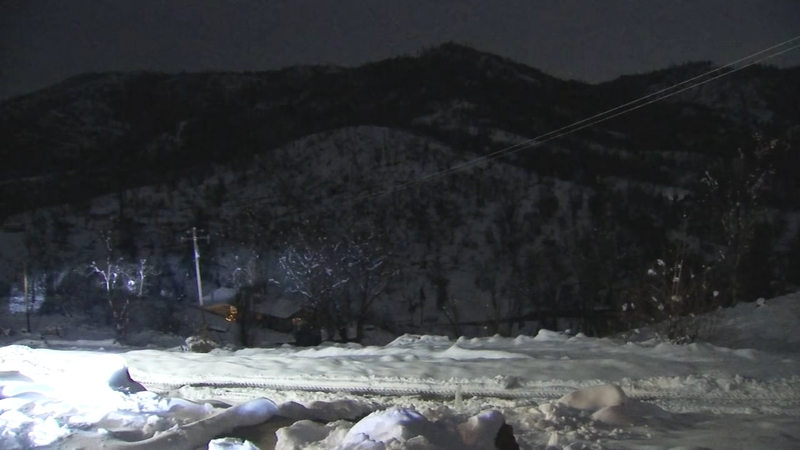 FRESNO, Calif (KFSN) -- The Hamilton's of Cascadel Heights have been through disaster after disaster.

"We had the pandemic, we had the high winds, we lost our home in the Mission Fire in 2017," said Rick Hamilton. "We had the Creek Fire burning all the way around us."

Hamilton thought he'd seen the worst, but his home is threatened once again.

A series of powerful storms promises to bring heavy rain and snow, which could significantly impact areas devastated by the Creek Fire.

"Now this," he said. "We're expecting locusts to come creeping out of the ground."

The potential for hazards has triggered an evacuation warning by the Madera County Sheriff's Department.

RELATED: An Atmospheric River is headed to Central California. Here's what to expect


People living near Redinger Lake, Kinsman Flat, Saginaw Creek, along road 225, and the Cascadel Woods area are being asked to prepare to leave.

"We ask residents to have their belongings packed up, ready to go so they can evacuate at a moment's notice," said Madera County Sheriff Tyson Pogue.

But the Hamilton's plan on weathering this storm just like they have every other one.
As they brace themselves, county crews and other agencies are on standby should they have to mobilize.

"With that level of rain there is a potential for debris or mudflow or mudslides from the Creek Fire burn scar," said Pogue.

State Senator Andreas Borgeas is now asking the Governor's office to declare a state of emergency in Madera and Mariposa Counties.

"We are appealing to the state to Governor Newsom to make this declaration so additional resources can be brought to bear in Mariposa and Madera Counties," he said.