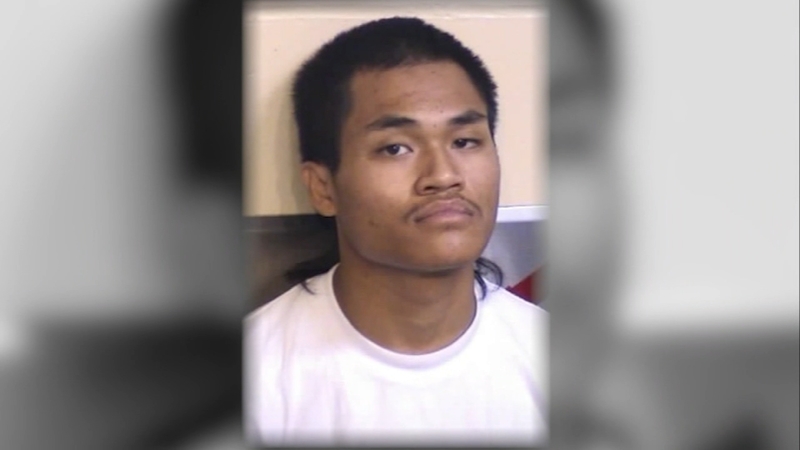 A Fresno man is now on trial for the murder of the fetus and Action News has the public's first look at the police chase leading up to the crash.

Police body camera video shows Jimmy Keonhothy making a U-turn and speeding away from officers who spotted him in a Honda Pilot suspected of involvement in a shooting.

His tires screeched as he turned north on Bond and headed for Olive.

In the span of only about 30 seconds, he ran one stop sign and then a second.

"When that Honda Pilot ran that second stop sign, on the other side of the stop sign was Aura Ayala Escalante," said prosecutor Steven Ueltzen.

The crash badly injured Ayala Escalante, who was 25 weeks pregnant, but police couldn't help her until they made sure Keonhothy and his three passengers were not an active threat, which took more than ten minutes.

Doctors eventually had to perform an emergency C-section, but they couldn't save the baby.

Police arrested Keonhothy and when a traffic officer suspected he was under the influence of stimulants, they conducted a blood draw, also recorded by a body camera.

He tested positive for meth.

Prosecutors charged Keonhothy with murder. His defense attorney doesn't argue with most of the details.

"Yes, we agree substantially with what the prosecution has said," said defense attorney Franz Criego. "But the evidence is going to show my client did not have the required malice or conscious disregard."

Prosecutors can charge drivers with murder under an "implied malice" theory, accusing them of acting with conscious disregard for life.

It usually applies to repeat DUI offenders warned by judges after previous convictions.

Keonhothy has no prior DUIs, but he was involved in a police chase in 2018 with some similarities to the deadly chase last August.

"On that occasion, he engaged in a high-speed pursuit, driving through a residential neighborhood at a high speed, nearly being involved in a collision when he ran a stop sign," Ueltzen said.

The prosecutor said the judge in that case warned Keonhothy that his crime put other people in danger.

But Criego argued his client only sped away from police as a matter of self-preservation after seeing officers draw their guns on him.

Keonhothy is facing life in prison if he's convicted of murder.