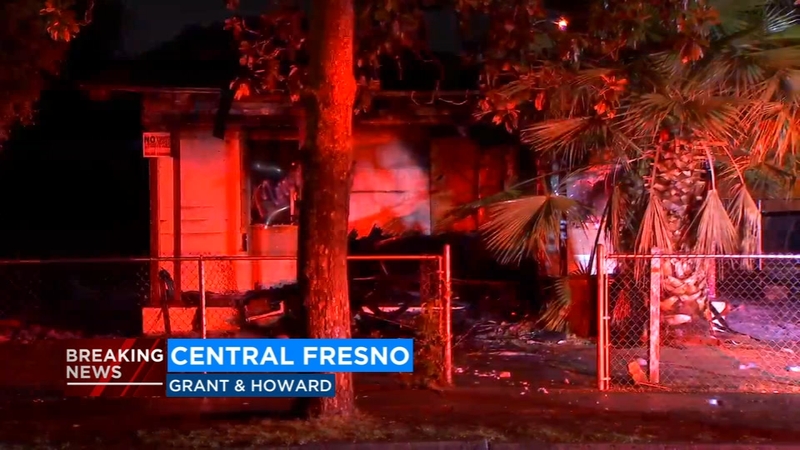 A man is being treated for injuries after firefighters find him in a home fully engulfed in flames.

The fire was reported just after 2:30 a.m. at this home on Grant and Howard in Central Fresno.

Firefighters rescued a man from this chard home early Thursday morning. The home was fully engulfed in flames and the man was under the floor in a crawl space. We’ll have more on the mans condition as well as how he was rescued on @ABC30 pic.twitter.com/XJbq7jU0CP

It was abandoned and had been boarded up but someone was inside.

Firefighters had to enter the fire when they heard cries for help.

"When you pull up to an abandoned house you think it is abandoned and when you hear voices you are told from neighbors there is somebody inside especially with the amount of fire involvement that was going on in this residence yes it is very concerning to us not only for the victim inside but our firefighters going in," said Tim Fulmer from Fresno Fire Department.

They found the man hiding under the floor in a crawl space.

He suffered injuries and was rushed to the hospital.

Fire officials said his injuries did not appear to be life-threatening but that could change.

No firefighters were hurt fighting this fire.