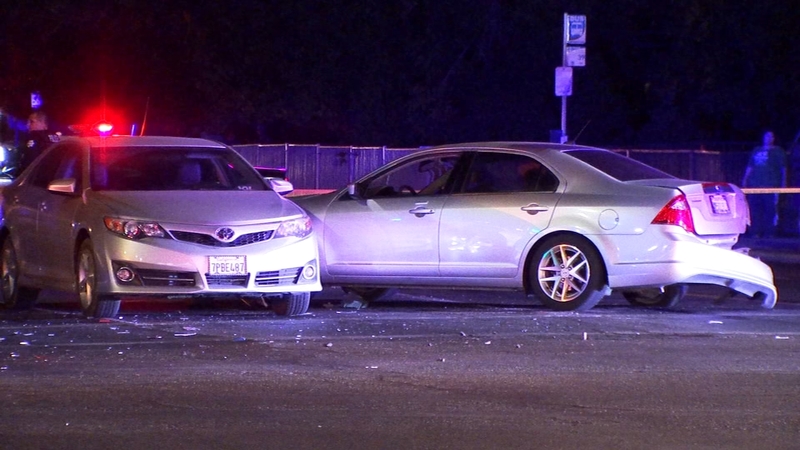 FRESNO, Calif. (KFSN) -- A man was arrested after police say he led officers on a chase causing a three-vehicle crash in central Fresno, then attempted to break into a nearby apartment.

Rangel refused to stop, and a pursuit began through a nearby shopping center and continued until he hit a car, causing a chain-reaction crash involving another vehicle on Clinton Avenue.

Chamalbide says Rangel took off running down an alley after the collision, where he tried to break into an apartment but was blocked by residents in the home. Rangel ran toward First and Terrace Avenue where officers eventually stopped him.

Police say Rangel is a parolee and had a shotgun in his car. He was arrested on attempted home invasion, hit and run and weapons charges.

Two of the people inside the cars struck complained of pain, but there were no major injuries.