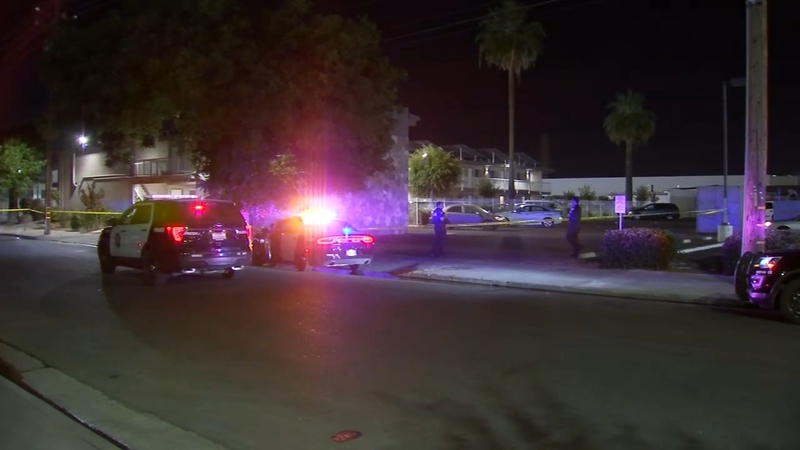 FRESNO, Calif. (KFSN) -- Police are looking at surveillance video in the hopes of finding the suspect who shot a man in central Fresno.

Detectives say police responded to a shot-spotter alert around 9 pm Sunday night near Blackstone and Saginaw.

Officers thought fireworks set off the shot-spotter, but as they pulled up to the Travel Lodge hotel, they found a man who had been shot.

Investigators believe the 28-year-old victim was hanging out in the hotel parking lot when he got into an argument with someone.

Authorities say the other person pulled out a gun and fired. One round hit the victim in the back, and the shooter ran off.

Detectives say the victim was breathing and responsive as he was taken to the hospital.