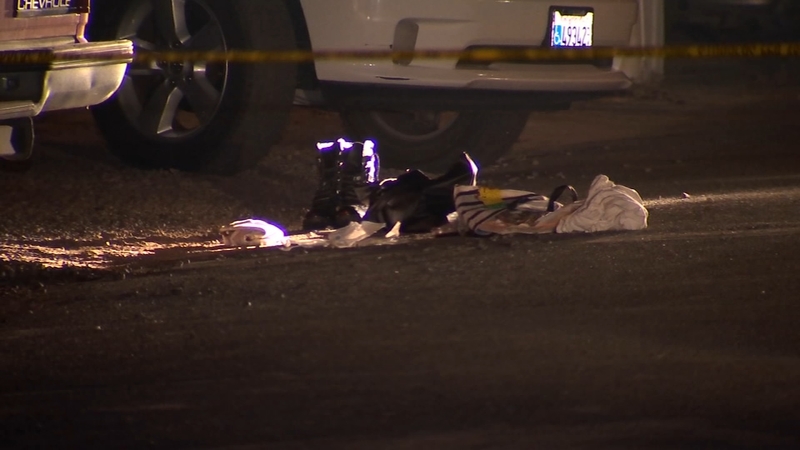 FRESNO, Calif. (KFSN) -- A woman is in stable condition after recovering from a brutal attack in Central Fresno.

Her boyfriend was arrested for the crime and faces assault with a deadly weapon.

Several drops of blood leading from the doorway of a fifth wheel camper paint what must have been a violent scene that took place late Thursday night.

"Deputies went out there. They found a woman with a stab wound she was bleeding pretty heavily," said Fresno County Sheriff's Office Tony Botti.

Sheriff Deputies arrested Joshua Valencia after they arrived around 11 p.m. at the new Horizon RV Park in Central Fresno to find his girlfriend stabbed.

The 33-year-old faces assault with a deadly weapon and domestic violence charges after authorities say the woman was trying to defend herself with a knife before it got turned against her.

"The two got into an argument earlier in the night. She grabbed a knife to defend herself and when she put it down he got a hold of it and stabbed her," said Botti.

According to investigators the woman is out of surgery and is in stable condition.