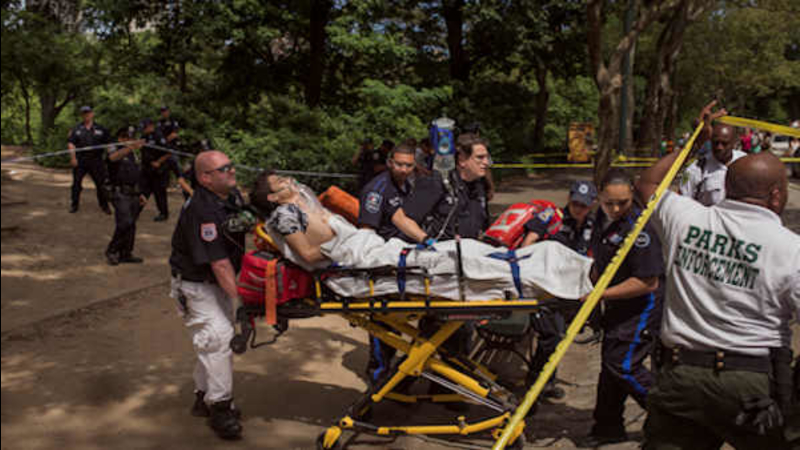 CENTRAL PARK, Manhattan -- A man was severely injured Sunday morning in an explosion in Central Park near Fifth Avenue and East 62nd Street, and a section of the park was closed as police investigate.

The victim, identified as 18-year-old Connor Golden from Fairfax, Virginia, was walking with two friends when he stepped on something and it blew up, according to witnesses.

Police said witnesses told them the man had just stepped onto a rock when an explosion occurred. People in the area said the explosion was heard blocks away.

"We were climbing down the rocks, Connor was 6 feet behind me and all of sudden I felt the explosion on my back," said one of Golden's friends, Thomas Hinds. "The explosion sounded like a gunshot next to my ears. I turned around and saw his foot which wasn't completely blown off but was severely mutilated. My other friend Matthew was behind Connor and all he saw was massive amount of dirt go flying up in the air."

Authorities say the accident is likely fireworks-related, given that Monday is the 4th of July.

There was a bag or a wrapping of what appears to be from fireworks recovered nearby.

Hinds insists that he, Golden, and a third friend with them, Matthew Stabile, did not have fireworks.

"This was definitely not a firecracker. The police were understandably going at us hard asking about firecrackers because the idea that there would be some sort of bomb in Central Park is really scary," said Hinds.

He said the group had been planning to go upstate to go camping.

The NYPD bomb squad is on the scene.

The man suffered a severe leg injury, and the FDNY confirms he was taken to Bellevue with a possible amputation.

Authorities closed off part of Central Park as they try to determine what caused the explosion. 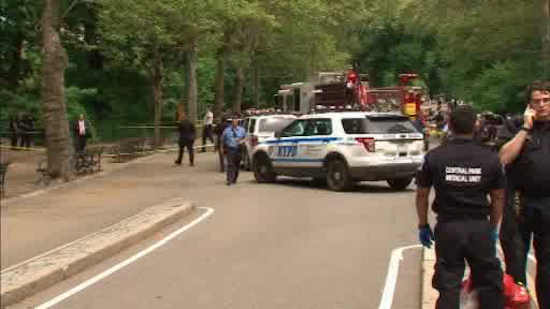