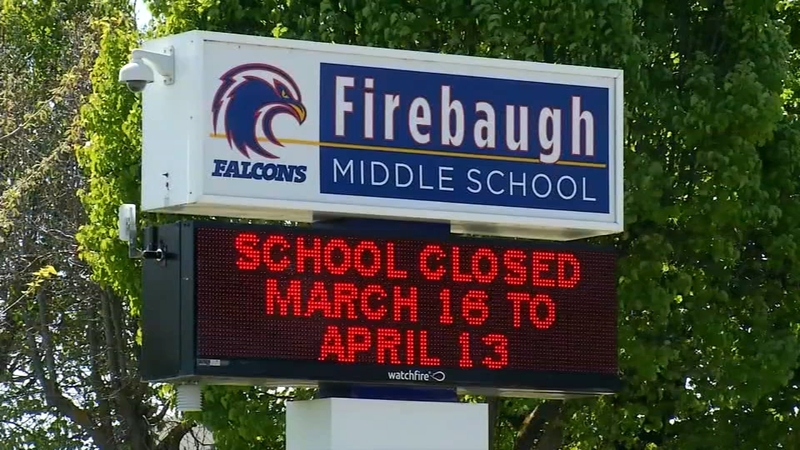 FRESNO, Calif. (KFSN) -- A Central Valley school district says they're ready to re-open for in-person instruction when it's time after testing a successful summer pilot program.

Temperature checks, social distancing and sanitizing were all part of the daily routine for students attending school in person this summer at Firebaugh Las-Deltas School district.

"I was a little nervous at first, but knowing that the school was taking good care of disinfecting, sanitizing and we did temperature checks when we first walked in and making sure the ratio was small, I felt more comfortable with it," said parent Kristen Gonzales.

Gonzales sent her daughter to school in-person twice a week.

"She would come home from school excited about what she learned," added Gonzales. "She would tell me about her new teachers, her new friends, she just loved the new environment."

District staff spent the summer testing a small pilot summer school program of 40 kids in hopes of getting the roughly 2,000 students in the district back in the classroom this fall.

"We were ready at anytime to pull the plug if it was unsafe," said Firebaugh Mayor Pro Tem Freddy Valdez. "We took a lot of what the local CDC and Fresno County Health guidelines were and then made them even safer."

They say the program was a success and went without incident.

Now after Governor Gavin Newsom's recent announcement, they wont be putting their plan into motion as soon as they hoped. Instead, students will start with distance learning, a challenge for a community where many struggle with internet connectivity.

"WiFi's not as strong out here," added Gonzales. "A lot of people aren't able to get WiFi out here, so that is a challenge."

They say they'll provide students with hotspots and Chromebooks as needed, until they're able to re-open in person.

"We need to open up," said School Board Member Gilbert Coelho. "Children need to be around kids and be involved so they can grow. That's what I feel."

"When it happens we'll be ready for it," continued Coelho.