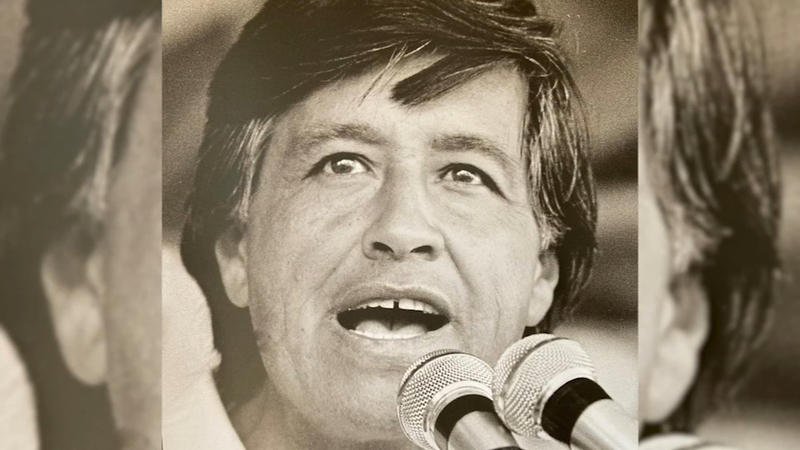 FRESNO, Calif. (KFSN) -- For over five decades, Cesar Chavez was not only a farmer but a labor movement leader and civil rights icon.

He spoke to the hopes and aspirations of countless farmworkers.

His son, Paul Chavez, says he vividly remembers the sweat and tears his father put into building the United Farm Workers labor union in the 60s.

"While we didn't go to a lot of baseball games with him, we were at a lot of picket lines, marches and demonstrations," he said.

His father was his hero who dedicated his life to standing strong for farm workers' rights, dignity and says there are two significant points his father pushed for and believed in.

"One, having faith in people and ordinary people and the other is understanding and recognizing that you only lose when you give up," Paul said.

Wednesday would have been Cesar's 94th birthday and even though he's no longer with us, his legacy lives on -- not only through his family but farmworkers across the country.

"He has said many times that if this movement was to end with his life, it would be a terrible waste of his sacrifice on behalf of many people," he said.

He says the best way to honor his father's legacy is by being of service to your community in whatever it is you're passionate about.