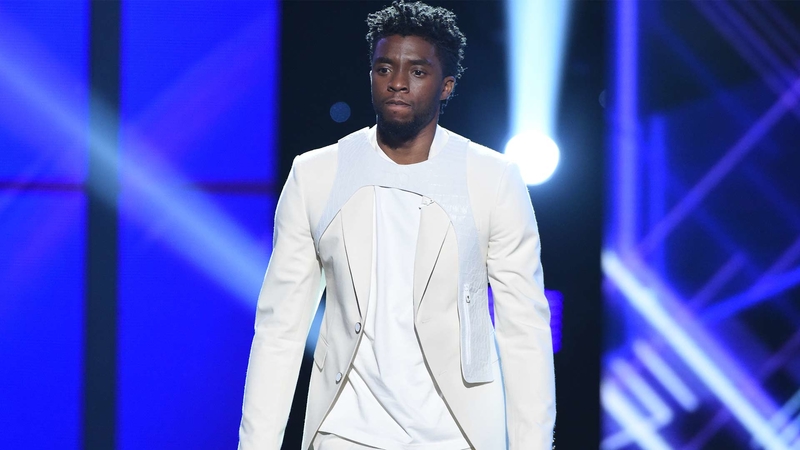 Her spoken-word poem reflected on her relationship with Boseman and his legacy.

"It is written, there is nothing new under the sun, but the sun stood still that morning, refusing to shine," she shared. "Dark clouds surrounding, confusion setting in. Tears flowing, rivers so deep. I didn't know this is what I was waking up to -- my brother, an angel on earth, departed."

"A soul so beautiful. When you walked into a room, there was calm," she continued. "You always moved with grace and ease. Every time I saw you, the world would be a better place. Words can't describe how I feel -- how we all feel -- that losing you was forced upon us. To accept this as a new reality. I wish I got to say goodbye."

Children have been paying tribute to the late "Black Panther" star Chadwick Boseman by posing with the Wakanda Forever salute and their favorite superhero action figures.

"Now my heart is broken, searching for old messages of exchange, cards filled with your handwriting and memories of you holding my hand as if it was for eternity," she continued. "I thought we had more time, and many more years to come, for more laughter and more moments of me picking on you on set. Leaning my head on your shoulders in the throne room as Ryan gave us notes."

Boseman died at the age of 43 of colon cancer, his family announced on Aug. 28. Few knew the actor was diagnosed with stage 3 colon cancer in 2016, which eventually progressed to stage 4.

His King T'Challa, ruler of the fictional African nation of Wakanda, was introduced in 2016's "Captain America: Civil War," and later, his "Wakanda Forever" salute reverberated around the world.

The character was last seen standing silently dressed in a black suit at Tony Stark's funeral in last year's "Avengers: Endgame." A "Black Panther" sequel had been announced and was one of the studio's most anticipated upcoming films.

Host Keke Palmer said Chadwick Boseman was "a true hero, not just on screen but in everything he did."

"I thought this would be forever. This hurts," she said. "I'm trusting God to heal all wounds. It is also written that all things are made new. There is light in the darkness. Streams of living water flow, giving new life."

"And all that's left now is for us to allow all the seeds you've planted on the earth to grow, to blossom, to become even more beautiful," she finished. "You're forever in my heart."

The Walt Disney Co. is the parent company of Marvel Studios and this station.