'Our entire policing profession has to evolve and get better.'
KFSN
By Nathalie Granda 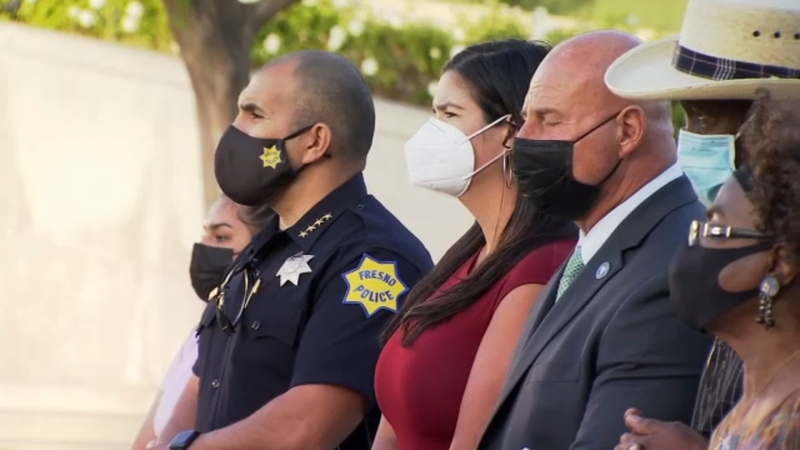 FRESNO, Calif. (KFSN) -- Crowds across the country breathed a sigh of relief as Derek Chauvin was convicted for the murder of George Floyd.

But now, the community wants to see change, starting with police reform.

"Today that hope has a face, it has something tangible to hold on to," says Pastor DJ Criner.

Criner is a member of the police reform committee that helped develop 73 recommendations for the Fresno Police Department last year, which includes use of force, police culture, and improving police oversight.

"It allows us to see a department that is there for the community, that does proactive measures and seeks to deescalate instead of escalating," he says.

Mayor Jerry Dyer and Fresno police chief Paco Balderrama say some of those recommendations could be implemented as soon as this year.

"We've identified 24 that we can implement this first year. There are recommendations that are low-hanging fruit - policy changes, improvements in policy, protocols that my team is currently already working on," says Balderrama.

Dyer says the other 50 will be reviewed by a commission on police reform implementation team, and a process will involve vetting the recommendations to determine which will be implemented and when they'll be put in place.

"Our entire policing profession has to evolve and get better. There have to be changes, looking at the ways we've done business in the past and looking that that gets changed for the better of the future," says Dyer.

The Fresno County Sheriff's Office also released a statement on Tuesday, saying, "We must remain resolved to continue to listen to our communities and build relationships to ensure fair and just public safety."