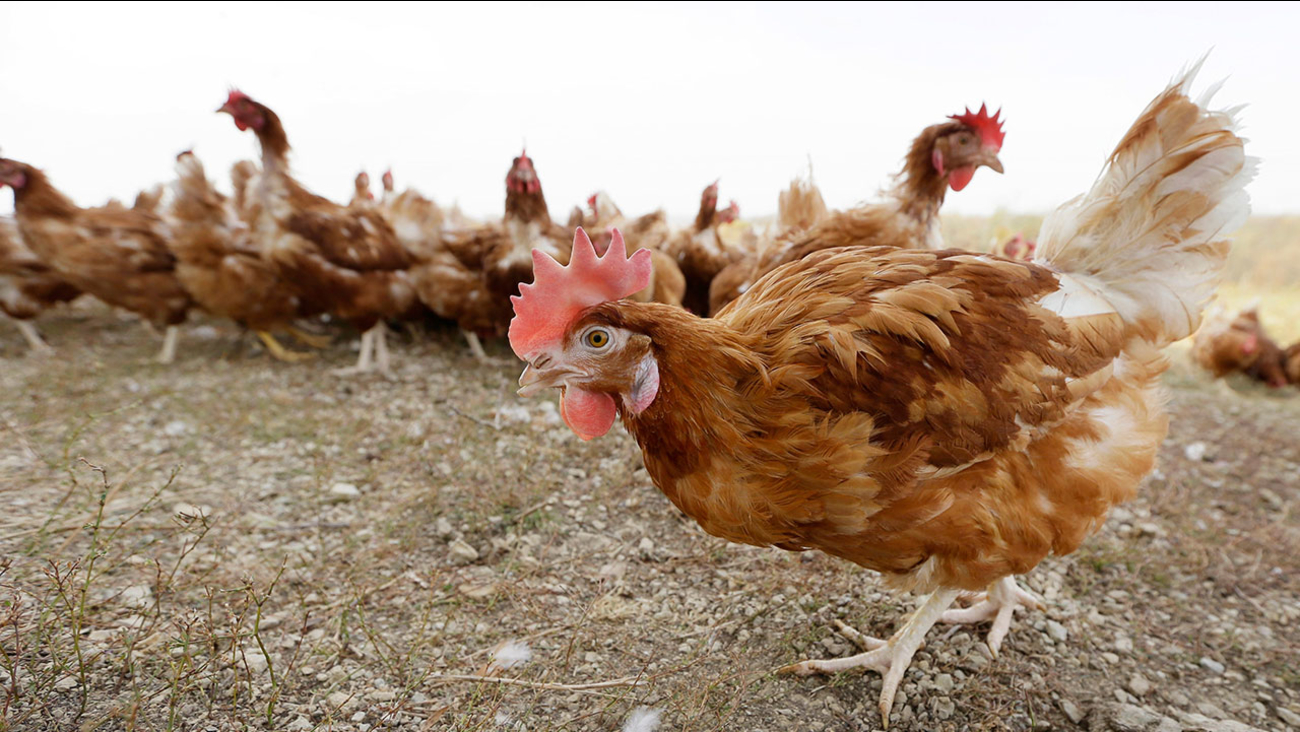 EUGENE, Ore. -- Police say a man angry with his tax situation left a flock of seven chickens inside the state revenue office.

Eugene police said in a news release they were called Wednesday afternoon on a report of chickens left in the lobby of the Oregon Department of Revenue.

Police and an animal welfare officer rounded up the fowl, which were taken to an animal shelter. Officers gave 66-year-old Louis Adler of Creswell a trespass notice, requiring him to stay away from the office or risk a citation.

The Register-Guard reports no people or animals were injured. Adler couldn't immediately be reached for comment.