Fresno police are seeing an increasing traffic deaths during the coronavirus pandemic, on pace for the most in decades.
KFSN
By Corin Hoggard
FRESNO, Calif. (KFSN) -- Three people died, including a child, and a fourth is in critical condition after a crash in southeast Fresno on Thursday night.

The damage was obvious even without daylight.

Two crushed cars, one of them upside down and leaking gasoline, both of them now partly on the sidewalk on Maple.

"It was a horrific collision," said Fresno Police Sgt. Rich O'Dell. "It really was."

Police suspect an intoxicated driver caused it, but they're waiting for the toxicology report to confirm it.

They say witnesses described Richard Blair-Rodriguez as driving about 100 miles per hour before he veered into oncoming traffic and killed 26-year-old Zaira Lamas and her partner's 10-year-old son, Armando Duran Hernandez.

The mother is in critical condition.

Action News found court documents showing a prior DUI in August 2019 for Rodriguez and a warrant out for his arrest since he never showed up in court.

But during the coronavirus pandemic, police say other factors are also driving up the number of traffic deaths.

Police say the best way to prevent these deaths are simple: Don't drink and drive, pay attention when you're driving, and control your speed.

"It's all the common sense stuff, but I think people just don't think it's going to happen to them," Sgt. O'Dell said.

But unfortunately, it can happen to anyone, including innocent victims. 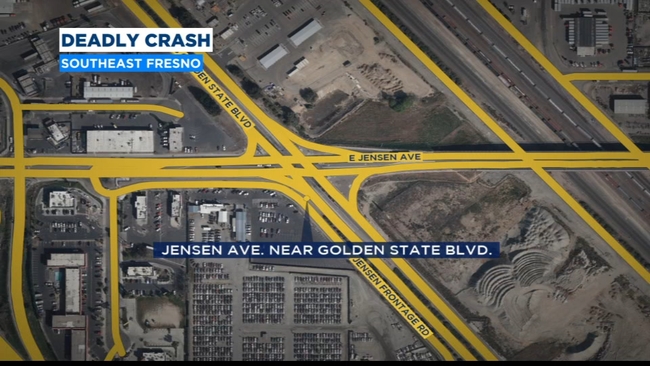 1 killed in crash in southeast Fresno, alcohol a possible factor